Born on November 24, 1975, Neil McKenzie is a middle-order batsman who has had an inconsistent run for his national side. Aayush Puthran profiles the career of the South African who commands love and respect from his peers, and became famous for his bizarre practices off the field. 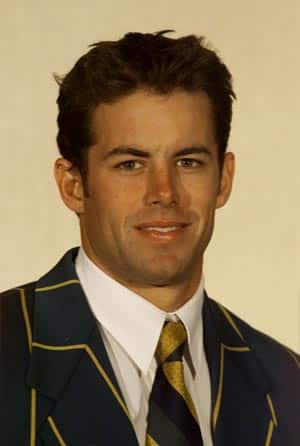 Born on November 24, 1975, Neil McKenzie is a middle-order batsman who has had an inconsistent run for his national side. Aayush Puthran profiles the career of the South African who commands love and respect from his peers, and became famous for his bizarre practices off the field.


Superstitions in cricket aren’t a new thing. Some are mildly bizarre, while some fall in the category of what Neil McKenzie does, a section that remains unnamed. He fears treading on white lines (yes it includes the crease), he would tape his bat to the ceiling every night before a match because he scored a century after some of his teammates had done it as a prank on him earlier. He also made sure that all toilet seats were down when he walked out to bat. However, in course of time, McKenzie realised the futility of the practices and cut it down to just looking at the square-leg and the fine-leg before facing the bowler. And thus his off-field activities will continue to be told as anecdotes in the future as compared to his on-field exploits, if not for the ‘pants down incident’.

But to be fair to the South African, he is a respected figure. He didn’t mind looking ugly at the crease if it was for the sake of his team. He curbed his natural play to make himself look as one of the most unattractive players in South Africa. As weird some of his practices were, he is an easy person to get along with.

Former South Africa coach Mickey Arthur was quoted as saying by Wisden, “He has brought maturity, a level head and calmness into the dressing-room,” says Arthur. “He has a great work ethic and is very good at talking one-to-one with younger players.”

Born to Kevin McKenzie, a former First-Class player for South Africa during the rebel era, in Johannesburg, Neil took a liking towards cricket at an early age. Much like his father, he went on to play for Transvaal. Much before that, he had already led school teams in various tournaments. He led the South Africa Under-19 side comprising of players like Ashwell Prince, Makhaya Ntini and Mark Boucher to a tour to England in 1995. In the same year, he was picked for Transvaal B side.

His One-Day International (ODI) career didn’t get off to the best possible start. Against Zimbabwe, in the four balls that he faced in the innings, one raced towards the fence for a boundary and another landed in Stuart Carlisle’s hand. He was out for seven.

He went on to play 13 ODIs before making his Test debut in which he scored at an average of 18.50 with the highest score of 58. Those weren’t the most inspiring numbers. But with South African cricket not in the best of the situations following the match-fixing scandal, McKenzie was drafted into the side and he played his first Test as an opener. The start to his Test career too wasn’t the best. He managed to score just 54 runs in his first six innings in Sri Lanka.

However, it was against New Zealand at home where he recorded his maiden Test fifty in the first match and followed it up with a century in the next. However, by then he had become an integral part of South Africa’s middle-order following the absence of Hansie Cronje and Jonty Rhodes.

He became a regular feature in South Africa’s line-up for the next three years despite inconsistent performances. He averaged just above 33 in Tests and 35.67 in ODIs before he was dropped for the ICC World Cup 2003 held in South Africa. However, following the disastrous finish in the tournament, he was picked again, only to be dropped a few months later. Soon after he was dropped, South Africa had started investing in a lot of younger players and had become a much stronger side. 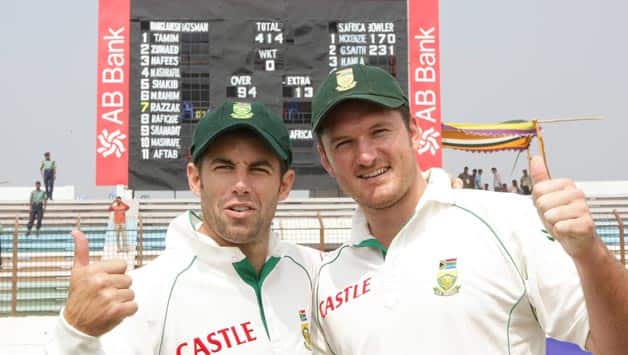 McKenzie was out of national reckoning for three and a half years, before a run of poor form for Herschelle Gibbs resulted in him being called-up to give company to Graeme Smith at top of the order in January 2008.

After three ordinary innings, McKenzie played probably his most memorable knock till date. With skipper Smith, he added a record 415 runs for the opening wicket against Bangladesh at Chittagong in , eclipsing the previous record held by Vinoo Mankad and Pankaj Roy, which had stood for 53 years.

The 226 he scored during the innings was his first Test century in seven years and also till date, his last.

But, more importantly for him, it wasn’t to be his only significant knock since his comeback. He went on to play other crucial innings against India and England. His form in Tests also helped him get back his place in the 50-over side. In 2008, he was named one of the five Wisden Cricketers of the Year.

However, a poor series Down Under in 2008-09 led to his exclusion from the side.

Since then, South Africa have not only formed one of the strongest batting line-ups, but also  a formidable side in Tests.

McKenzie joined Hampshire in 2010 as a Kolpak player. A year later, he went on to add 523 runs with Michael Carberry against Yorkshire, overtaking Graeme Hick and Tom Moody’s record in the history of County Championship. It was also the highest partnership for Hampshire. The stand was the third highest in County cricket and the ninth highest in all of First-Class cricket, when it was broken. McKenzie had scored his career-best First-Class score of 237 in that innings.

He also went on to lead Lions before losing his captaincy in February 2010.

While there are different ways of viewing the rituals of McKenzie, the man himself admits that it was more of Obsessive-compulsive disorder (OCD) than anything else.

He told Sky Sports, “I think it’s more OCD than superstitions. I did lots of things in my youth but with the wife and kids I haven’t quite got the time now for making sure toilet seats are down and checking lights eight times!”

“[Taping my bat to the ceiling] happened because if you leave the changing room early your kit is put everywhere for you to find the next morning — and one time my bat was on the roof.

“I got a hundred in my next innings. So as a joke I put my bat on the ceiling next time — but I think I then got nought so I don’t really think it worked!”

Here is the list of Neil McKenzie’s statistics in international cricket (As on November 24, 2013)


(Aayush Puthran is a reporter with CricketCountry. Mercurially jovial, pseudo pompous, perpetually curious and occasionally confused, he is always up for a light-hearted chat over a few cups of filter kaapi!)