Nepal started their ‘Europe Tour’ with a defeat in a close game against the Netherlands. They still have three more games before starting their ICC World T20 Qualifier campaign in Ireland and Scotland. Sandipan Banerjee believes this team has the potential but they need play more aggressively to be successful.

The Nepal cricket team is currently touring Netherlands for a four-match Twenty20 International (T20I) series. This is their first leg of a month-long ‘Europe Tour,’ in which Paras Khadka and Co. will play the all-important ICC World T20 Qualifiers in Ireland and Scotland. They are playing what could be called a warm up series against Netherlands. READ: Paras Khadka: A good performance by Nepal can heal some of the wounds

Nepal started their campaign with with a defeat in a closely fought match on Tuesday. They were chasing a modest target of 135 in 20 overs but lost the game by 18 runs. This loss will not kill the fighting spirit of the young and enthusiastic Nepali cricketers. The devastating earthquake earlier this year caused widespread destruction; their grounds, facilities, and training centres were ruined. But even that disaster could not spoil their spirits. Within three months, Nepal are back on the field, trying to heal some of the wounds of the Earthquake with a good performances on the field.

Now after getting back to cricket, Nepal’s next challenge is qualifying for the ICC World T20 2016 in India. In the World T20 Qualifiers, which starts from July 6, Nepal have been seeded in Group A with Ireland, Hong Kong, Papua New Guinea, Namibia, USA and Jersey. It is a tough group indeed. The seaming conditions in Ireland and Scotland will challenge the skills of young Nepali cricketers, but they have the potential to post a serious challenge even in those conditions. READ: Bhawana Ghimire: Cricket will continue to grow in Nepal

However, to be successful Nepal need to play a bit more aggressively, like they did in ICC World T20 2014 in Bangladesh where they beat higher ranked teams like Afghanistan and Hong Kong. They should play fearless cricket this time around as well. Nepal’s main advantage is their surprise factor. They should unleash that on the other teams.

The 15-member which will represent Nepal in the remaining three matches in Netherlands and later in World T20 Qualifiers in Ireland an Scotland has a good mixture youth and experience. Captain Paras Khadka is the most important player of this team. Khadka’s role will be crucial especially, in the cloudy and windy conditions of Europe, where he can be effective with both bat and ball.

Apart from Khadka, wicketkeeper and opening batsman Subash Khakurel, vice captain Gyanendra Malla, and Sagar Pun are few of the other important members of their batting unit. They also have Monty Desai, who has worked as coach with Rajasthan Royals in the IPL, as batting coach. His experience will come handy for these young Nepali batsmen. READ: Welcome to the big stage, Nepal

The main worry for Nepal is the opening slot. The team management failed to find a a suitable partner for Khakurel at the top. They need to fix this problem soon. Their bowling will revolve around Basant Regmi, Sompal Kami, KC Karan, Avinash Karn and Shakti Gauchan. In Kami and Karan, Nepal have a couple of talented medium-pacers who can be useful in the seaming and swinging conditions. They have lots of spin options too.

Nepal are expected to do well in the qualifiers. Back home they have a huge fan base who are desperately looking towards these 15 boys to shine. At this moment this team is one of the only reasons of happiness for the earthquake-struck nation. They cannot let these fans down. READ: Nepal can become a major cricketing force among associate countries 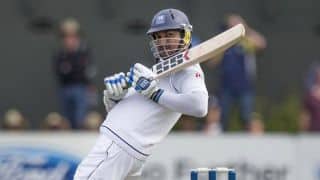