New Zealand's bowling was just dismal towards the latter half of the series.

England topped off their One-Day International (ODI) series win with an emphatic 56-run win over tourists New Zealand. New Zealand, in an unprofessional display of batting collapsed from 89 for two to 135 all out. Questions will be raised on New Zealand’s batting in the final game of the series, but Rishad D’Souza feels New Zealand’s bowling was a matter of greater concern.

New Zealand’s tour of England was resulted in a happy conclusion for the home side. After the two-match Test series was tied 1-1, they clinched an adrenaline-pumping ODI series 3-2 with victory in the final game. They then went on to win the only T20 International, leaving New Zealand little to cheer about despite a decent series. How much do you know about the records broken in England vs New Zealand 2015 ODI series?

New Zealand’s bowling was just dismal towards the latter half of the series. Throughout the limited overs leg of the series, support for bowlers was minimal. Yet, the English bowlers struck frequently and worked to build pressure on the batsmen by restricting them. Neither were they thrown off their plans when under attack from the Kiwi batsmen. The New Zealand bowlers lacked these qualities.

They fared particularly poorly in the death overs, especially after the departure of Trent Boult following the second ODI due to injury. This was also New Zealand’s first assignment without the influence of Shane Bond as bowling coach and that seemed to have an impact. The decision to replace a top quality bowler like Bond with Dimitri Mascarenhas in the role seems more mind-boggling now. England can beat the best in the world, says Eoin Morgan after T20I victory

It is true that ultimately, it is down to how the players perform on field but at the same time off field, the coach has an important role to play. The coach is responsible to talk players out of difficult times, to discuss lapses in technique with them. It is questionable whether Mascarenhas, who was himself not a great bowler, is equipped to deal with such requirements.

New Zealand’s bowling in the fag end of the innings is a matter of great concern. In the T20I, the fast bowlers did not bowl a single yorker 16th over onwards. Instead, they resorted to short bowling and became predictable with the slower ball. These are signs of an attack suffering lack of form. ENG vs NZ ODI series — A series breaking all batting records

Unlike New Zealand’s bowling, their batting retained the intensity, which saw them reach the ICC Cricket World Cup 2015 final. They suffered the occasional collapse but were phenomenal for most part. In fact, Kane Williamson was probably the best batsman in the series from both sides. The Black Caps’ ability to deal with pressure situations came under question however as they sometimes stuttered in the face of big chases.

It is prudent for New Zealand to find a quick solution to their bowling woes or else they face the threat of going downhill from the high perch they have acquired in recent months. Over-reliance on Boult is a risky prospect and more of their bowlers will have to step up in the near future. Sam Billings hopes ODI series win vs New Zealand inspires England to win Ashes 2015 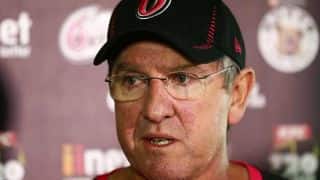 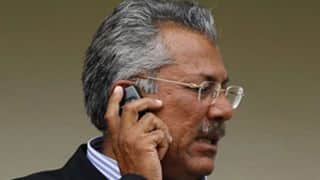