If there’s anyone who can hold back Guptill’s onslaught, it is the in-form Mohammad Aamer.

New Zealand will square off with Pakistan at Mohali in the 23rd match of ICC World T20 2016. These two teams feature the marquee players of the T20 entertainment. From ‘Boom Boom’ Shahid Afridi to the audacious Martin Guptill, it is a contest that will leave you startled. It is a combat between the players who can dramatise the shortest format of the game with belligerence and deceitfulness. It promises to be a beauty of a game and has a number of battles within a battle. Let’s walk through some of the key battles that will rock the boisterous Mohali stadium. FULL SCORECARD: New Zealand vs Pakistan, Live Score, Match 23, Super 10 Group 2

Martin Guptill vs Mohammad Aamer: Guptill kicked off the ICC World T20 2016 by sending the very first ball soaring over the boundary line. The ODI double centurion has taken over the role of destroying the opposition bowlers from the audacious Brendon McCullum. Guptill plundered 27-ball 39 against the arch-rivals Australia at Dharamsala. He pasted three sixes off Ashton Agar’s over; the mightiest was the one over long on. However, a big score is yet to come from the talismanic power-hitter.

If there’s anyone who can hold back Guptill’s onslaught, then it is the in-form Mohammad Aamer. Ever since he rose from the ashes of spot-fixing, he has been making headlines with his fervid bowling attack. Aamer was Pakistan’s highest wicket-taker in the recently concluded Asia Cup 2016, with an average of 11.57 and economy of 5.06 RPO. Given the Mohali pitch offers pace and bounce, fans will bet all their money on Guptill vs Aamer battle.

Shahid Afridi vs Mitchell Santner: Afridi’s 19-ball 49 displayed some shades of ‘Boom Boom’ from the past. Rarely do we see Afridi promoting himself up the order. And when he does so, he goes on a rampage. If the top order gives a steady start in the initial overs, Afridi can open his arms and go all guns blazing. Nonetheless, he is certain to face New Zealand’s ever-improving Santner, who has picked up 6 wickets in 2 matches of this edition of World T20, with an impressive average of 6.83 and staggering economy of 5.12 RPO.

Afridi likes to shimmy down the track and take on the spinners. Arguably, Santner will be at the receiving end if Afridi gets right under the ball. But if the ball turns square, Afridi will struggle to find his feat like he did in the contest against India.

Colin Munro vs Pakistan spinners: Imad Wasim was dropped in Pakistan’s previous encounter against India, as Pakistan misread the pitch and drafted Mohammad Sami in the playing XI. But the way few of the pacers performed, one of them is likely to be dropped, with Imad finding a place.

Imad along with Afridi and Shoaib Malik will face New Zealand’s fiery Munro immediately after the batting Powerplay. Munro struggled to use his blade to destructive effect against Australia, but the way he bats he would not care about his past scores. We might see few balls going down town!

Sharjeel Khan and Ahmed Shehzad will have to tackle New Zealand pacers on the bouncy Mohali track. Leg spinner Ish Sodhi will face Umar Akmal and other middle-order batters. There are many such small yet impactful battles that we will witness.

While it’s a must-win game for Pakistan to stay alive in the tournament, New Zealand will book a place in the semi-finals if they edge past the unpredictable Pakistan team. 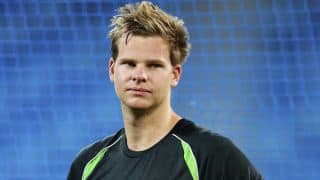