New Zealand have lost both games played so far in the bilateral series against SA.

New Zealand’s poor showing against South Africa shows that they have a lot of work to do before the ICC World Cup 2015. Indrajit Dutta looks at what brought this lacklustre show.

New Zealand have been outclassed by South Africa in the ongoing three-match One-Day International (ODI) series. They have been out of sorts in the two matches played so far in the bilateral tournament.

One reason for this would be rustiness. They played their last ODI against India on 31 January. The absence of star batsmen Kane Williamson and Ross Taylor due to injury has hit the side hard as well.  This, however, is no excuse for their tardy show in the two games. There’s also no going away from the fact that the Proteas have looked the better side in every regard.

The batting has looked ordinary so far. Facing the highly-reputed trio of Dale Steyn, Morne Morkel and Vernon Philander is as hard as a task as can be and it is has proved to be so. The Kiwis have looked fragile in the face of some superb bowling. Luke Ronchi  is the only batsman who managed to put up a fight and has produced the runs. Ronchi apart, the rest of the batsmen look out of form, which will become a major source of worry for the Black Caps, especially with the World Cup a few months away.

A matter of concern has been that their batting has fallen away in both games. In the first game they were 68 for five and then 156 for nine before Ronchi with a fantastic 99 took them to 234. The second encounter saw them reeling at 134 for nine before Ronchi came to the rescue again, this time with 70 to his name, to take the Kiwis past 200.

The lack of partnerships has contributed heavily to their consecutive losses. The top order has looked brittle. Openers Martin Guptill and Jimmy Neesham have looked all at sea, although the South African pace-attack have lived up to their reputation of being fearsome.  The opening stand has contributed only 21 and 25 runs respectively.

Neesham does not have the best record as a batsman, although, he’s played lesser games than most of other members of the squad. McCullum at the top might be a better bet. He’s done well as an opener in the past, furthermore he likes the ball coming onto the bat and playing aerial shots.
Stability at the top, along with dominance would be a terrific combination. At present, the opening pair of Guptill and Neesham has been neither stable nor dominant. The experiment to open with Neesham is still in its infancy, but it hasn’t produced the desired result. It remains to be seen if the experiment will be continued.

Skipper Brendon McCullum is batting at number five, and in all probability will continue there. Here there is a case for the inclusion of Jesse Ryder. The mercurial batsman has been out of the side since allegedly breaking team protocol during the series against India. A few days back he hammered 136 off 57 balls in New Zealand’s domestic competition for Otago. He, however, has to do a lot more if he has to make a comeback, as clearly stated by McCullum and coach Mike Hesson.

“We’ve got to make sure Jesse is really desperate to play for New Zealand and make sure he fits within the group. He is well aware of that. Let’s hope he is desperate to come back and the environment is ready for him,” McCullum was quoted as saying according to a report by the Indian Express.

Apart from the top-order, the middle order needs some serious bolstering. Dean Brownlie who is making a comeback, has found it tough. McCullum’s own form has been far from good as scores of 12 and 16. Corey Anderson’s repeated failures in both games has hurt the Black Caps. If he gets going he’s more than a handful, however, he’s been found wanting against the Proteas.  Williamson and Taylor are being missed very clearly.

The bowlers did have their moments in the first ODI, but they haven’t been upto scratch on the whole. They had done well to reduce the Proteas to 30 for two in the opener but thereafter they ran into AB de Villiers who had good support from JP Duminy. It is true that a score of 234 wasn’t a lot to defend, but the New Zealand bowlers were not incisive enough. All eyes were on old hand Daniel Vettori, playing his first game since the Champions Trophy in 2013. He was economical but failed to provide the breakthrough.

In the second game it was Hashim Amla who held steadfast with his 119. Yet again, the bowlers were not incisive and leaked runs. Southee’s return did not change things. Vettori was once again the same miserly but he went wicketless. To make matters Boult had a bad day conceding 70 in his 10 overs. The fact that both Southee and Boult did not have a particularly good day hurt New Zealand.

They rely heavily on Boult and Southee, both of whom are fine swing bowlers, but are not in great form. The others too did not have much of an impact against the Proteas. It is here the presence of Adam Milne, an out and out pace bowler, could have made a difference. Milne unfortunately is out to due to injury. The Kiwis management would hope he recovers fast.

As far as spin bowling is concerned, Daniel Vettori’s return is good news as he brings a great deal of experience to the table, but he’s coming back from a long lay-off and would take some time to adjust. Traditionally spin has never been a great strength of the Black Caps, it’s been more off a defensive option. They would be hoping the pace attack gets back into shape as soon as possible.

Brendon McCullum’s side can only play for for pride in the last One-Dayer against South Africa but they have a chance to improve. Thereafter they travel to UAE to play a dangerous Pakistan outfit. The batting has to improve by leaps and bounds before that. Losing wickets in a heap has hurt them and will do so in the future if it doesn’t stop.  More stability, partnerships and aggression at the top is of essence for McCullum’s men. It is here they can either bring in Ryder or McCullum himself can provide the impetus. The middle order when Williamson and Taylor return will look more assured. Kiwi fans would hope the dangerous Corey Anderson finds form quickly, if he does it would boost the batting greatly.

In bowling a lot would depend on Southee. If he can shake off the rust his side would benefit greatly. In tandem with Boult the right-armer can cause problems for batsmen especially on New Zealand wickets that do a fair bit in the ICC World Cup 2015.

Adam Milne, if fit, can hustle batsmen with his extra yard of pace. There are, however, serious question marks over his fitness. Ironically, the New Zealand bowling coach is Shane Bond, a superb bowler who could swing the ball at a devastating pace in his prime. Bond’s career, however, was greatly affected by fitness problems. Milne would be hoping the same does not happen to him. Daniel Vettori’s experience would be a boon for his side, his return showed he was miserly as ever. Vettori, though, will have to play regularly in order to be in good shape before cricket’s biggest event in February-March.

New Zealand in most of the World Cups have managed to punch above their weight, their fans would be hoping Brendon McCullum and company can bring their house in order before they contest the World Cup opener against Sri Lanka on February 14, 2015. 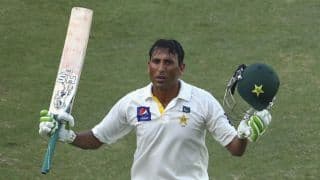