England will need a little more than just playing good cricket in case they want to prevail against New Zealand in the first semi-final of T20 World Cup 2016.

New Zealand came into the T20 World Cup 2016 following a mixed run against Australia, wherein they lost the Test series but managed to trump them in T20Is. At a time when the other teams were leaving no stone unturned to prepare as well as they could for the ICC World T20 2016 in India, the Kiwis bid adieu to their marshal Brendon McCullum, and embarked on a journey to India for a tournament in which only a handful conceded them the tag of favourites . But Kiwis surprised all by making it to the semi-final, becoming the first team to do so. Live Cricket Scorecard: England v New Zealand, T20 World Cup 2016, 1st Semi-Final at Delhi

As much as New Zealand were considered dangerous, not many thought they would finish at the top spot in an extremely tough Group 2, that had a rampant and tournament s red-hot favourites India, dangerous Australia and Bangladesh, and an unpredictable Pakistan. The Kiwis began with a bang they slammed India by 47 runs to start on a high and remain the only team which is yet to lose a game in the ongoing T20 World Cup 2016.

Kane Williamson has impressed one and all with his brilliant captaincy throughout the second round. But what has truly been the reason and the most surprising element of their success is the fact that New Zealand have shown tremendous skills by reading the pitches and situations extremely well. ALSO READ – T20 World Cup 2016, Semi-final 1, England vs New Zealand: England’s likely XI

By selecting horses for courses , New Zealand slammed India, Australia, Pakistan and Bangladesh to roar into the semi-final round. They were brave, and reaped benefits. They did not read too much into Tim Southee and Trent Boult s experience of playing T20 cricket in India in the IPL they trusted their skills and plans more than any other factor and backed them well.

In the first semi-final, the Kiwis are up against another dangerous team in the tournament, England. Exactly a year ago, England were lying bloodied in the trenches, looking for a lifeline after their first-round exit from ICC Cricket World Cup 2015. Andrew Strauss came along with the idea of New England , and they started smashing everyone and everything that came along. In this World T20, England even smashed a Dale Steyn-led South African bowling attack to score 230 to win. It was outrageous. ALSO READ – England vs New Zealand, ICC T20 World Cup 2016, 1st Semi-Final: Life comes a full circle for ‘New’ England

It is not that England cannot beat New Zealand; it is also not the case that Williamson and his men are unbeatable. But it is a fact that New Zealand are playing a brand of cricket which is far too smart for anyone to overcome. To beat New Zealand, England will not only need to be bloody good, they will have to out-think the Kiwis, and this is where the challenge lies.

With their reading of wickets, conditions and the need, Williamson s New Zealand have outshone everyone. Even India. Australians are known for their meticulous planning and execution, but they too fell short of the Kiwis. Pakistan could not come up with anything that New Zealand could not predict. Bangladesh were no match at all.

New Zealand s spin attack is suddenly looking better than their pace battery, and Martin Guptill and the rest are doing enough with the bat to keep their side ahead. England will need a little more than just playing good cricket in case they want to prevail. 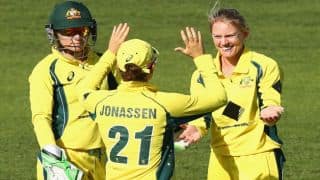 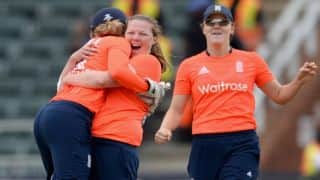