New Zealand coasted to easy wins over Sri Lanka across formats, leading to them being perceived as favourites for the mega-event.

New Zealand completed their annihilation of Sri Lanka when they hammered the visitors by nine wickets in the second and final Twenty20 International (T20I) to a 2-0 series whitewash. While the Black Caps may have stumbled on a couple of occasions on foreign soil, their dominance on home soil remains intact with the latest wins. Given their fiery performances in the limited-overs fixtures against Sri Lanka, many have marked New Zealand as clear favourites for the upcoming ICC World T20 2016, which will be hosted by India. The Black Caps however, cannot afford to get carried away by their current form as well as by the thought of them being considered forerunners for the biggest prize in international 20-over cricket. READ: New Zealand in 2015 — A glorious year speckled by stinging heartbreaks

Going back in time, New Zealand looked unbeatable ahead of the ICC Cricket World Cup 2015 final. They decimated every opposition along the way in the group stage, followed by West Indies and South Africa in the quarter and semi-final respectively. Much like the current situation, New Zealand were backed to lift the World Cup for the first-ever time, even though they only had played on home soil until the final. The way they collapsed spectacularly in the final at the hands of co-hosts Australia was sad to say the least. New Zealand fans will sincerely pray such a tragedy does not befall their team in the coming months.

The difference in conditions this time will be even more massive, with the ICC World T20 set to be played in India and will kick off in the month of March. Their dominance over Sri Lanka, which is also expected from them in the upcoming fixtures against Pakistan and Australia as well, hardly comes as a surprise. After all, one’s home soil is one’s fortress, and few teams are as miserable in their own backyard as they are overseas.

New Zealand undoubtedly have a power-packed side at the moment that could win them accolades all over the world, as was evident during their tour of England last year. With a batting line-up that is packed with the likes of Martin Guptill, Kane Williamson, Colin Munro, Ross Taylor, etc. New Zealand find themselves sorted heading into the World T20. They also have the bowling attack to run through the opposition batting-order with Trent Boult, Tim Southee, Matt Henry and Adam Milne in their side. Not to mention, the presence of all-rounders such as Grant Elliott and Corey Anderson only adds fuel to the fire that burns within the team, striving to achieve greater heights than ever.

India, however, will be a different task for them, where their pace-heavy bowling attack will face quite a bit of difficulty. The sub-continental tracks are known for their spin-friendliness, which will be an ideal platform for young spinners such as Mitchell Santner and Ish Sodhi to prove themselves on. New Zealand however, have missed the presence of a veteran, dependable spinner among the ranks since the retirement of Daniel Vettori after the ICC Cricket World Cup 2015.

There are other factors to consider for New Zealand during the upcoming mega event, among which could be New Zealand’s average run in the past editions of the ICC World T20s, as well as their 0-5 whitewash at the hands of India when they toured the country in 2010. While these factors may not be as serious as the more physical ones, they do shape team performances in multi-national tournaments such as these.

The ICC World T20 may still be some time away for the Black Caps, who face Pakistan (three T20Is and ODIs each) and Australia (three ODIs and two Tests). New Zealand’s performance in these fixtures, in which they will be considered strong favourites ahead of the tournaments, will have some impact on their preparation for the World T20. However, for people to call them strong contenders for the World T20 title after their wins against Sri Lanka is being a little overconfident at the moment. Let us at least analyse their performances in the group stage against the hosts, trans-Tasman rivals Australia and Pakistan before making such statements. 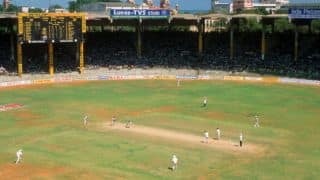