Nick Compton: Wanted Trevor Bayliss to know of my desire to return for England

Nick Compton: Wanted Trevor Bayliss to know of my desire to return for England

Nick Compton has been one of the most successful openers for England in the last three years. His opening partnership with Alastair Cook has not been matched during this period despite the emergence of multiple options, even the likes of Joe Root. Compton recently scored a crucial 149 against Yorkshire, helping Middlesex recover after being bowled out for 106 in the first innings. Along with James Franklin, Compton put up a partnership of 150 runs for the sixth wicket in the second innings, the highest partnership in the match. On Monday, Compton met England coach Trevor Bayliss, who, along with Cook, guided England to an Ashes 2015 series over Australia. Compton spoke to CricketCountry’s Sudatta Mukherjee on what transpired between the two.

CricketCountry (CC): What was discussed in the meeting with Trevor Bayliss?

Nick Compton (NC): I wanted to meet Trevor to let him know I still harbor serious ambition and desire to return to the top of the order for England. I wanted to make sure the platform was there for me to take the learning over the past two years and apply it to what I think can be the most productive years of my career — much like what Chris Rogers has done for Australia and Graham Gooch did for England.

CC: What was the outcome? Were there good signs?

NC: Trevor is a top man and believes the best players should play. He said he was still getting to know the system and players, but asked me to keep scoring runs. He believes in meritocracy and a clean slate.

CC: With Trevor Bayliss himself acknowledging there is no one putting his hand up, do you think you have a chance to make a comeback?

NC: That’s fine, but I pride myself on the fact that I have been the most consistent batter in the top three over the past three years. Lots of other players who don’t score runs are retained, so there is hope for us all. I have attributes and qualities that I know would help the team and provide a solution to the top order

CC: You were dropped after three bad Tests. However, England persisted with Adam Lyth for seven Tests after one good innings. How do you react to that?

NC: That is life!

CC: Your partnership with Alastair Cook has been unmatchable till now. What makes you different from the others who have partnered with Cook after you?

NC: My desire to bat for long periods and to value my wicket — a quality that seems out of fashion in today’s world for some reason. Good technique, mental strength and desire and courage can go a long way even if out of fashion.

CC: There are chances that Moeen Ali may open the innings with Cook if England decide to drop Lyth. What is your opinion?

NC: I wish him the best. Moeen is a long-standing friend and an outstanding cricketer.

CC: What makes a perfect opener? And what are the essential features one must have or keep in mind while opening with Cook?

NC: Perfection doesn’t exist in my opinion, but working with what you have does. Stop searching for perfection and ideals and let’s be a tough cricket team that is hard to beat. 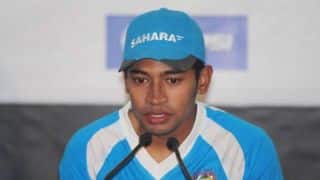