Yuzvendra Chahal now has fourth most wickets in T20Is for India.

89 by Rohit, the highest score by an Indian against Bangladesh. Rohit went past his own record of 82, which he had scored at Mirpur in 2015-16.

5 sixes hit by Rohit, the most by an Indian against Bangladesh in an innings. Rohit went past Yuvraj s record of 4, at Trent Bridge in the 2009 World T20.

72* by Mushfiqur Rahim, his joint-highest score, in his 66th match. His other innings of 72* came against Sri Lanka earlier in the tournament.

0 Bangladeshi had scored a T20I fifty against India before Mushfiqur. Their previous highest was 44, scored by both Anamul Haque and Sabbir Rahman.

3/22 by Washington Sundar, his career-best, in his 5th match. His previous best was 2/21 against Sri Lanka earlier in this tournament.

159 runs for Sabbir against India, the most by a Bangladeshi. Mushfiqur (156) almost caught up with him towards the end.

32 wickets for Yuzvendra Chahal, now the 4th-most by an Indian. Chahal went past Ravindra Jadeja (31). Only Ravichandran Ashwin (52), Jasprit Bumrah (41), and Ashish Nehra (34) have more.

5 wickets for Rubel Hossain against India, the 2nd-most by a Bangladeshi. Only Al-Amin Hossain (7) has more. 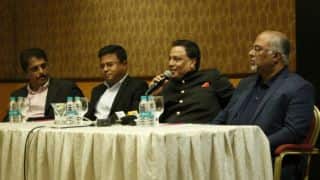