Bangladesh have never won a T20I against India. The head-to-head scoreline reads 5-0 in favour of the dominant neighbours.

Galle 2015 to Premadasa 2018: that was how long Sri Lanka had to wait to register a win against India on their home soil. Last year, Sri Lanka had suffered a 0-9 humiliation across formats against India in their country. They fared better on the return tour, winning an ODI and drawing 2 Tests but ended up losing all series.

India sent a second-string side for the Nidahas Trophy 2018. The Rohit Sharma-led inexperienced side need to quickly recover from the defeat in the opener to stage a comeback in the tri-nation tournament. Bangladesh will be their next opponent on Thursday.

Bangladesh have never won a T20I against India. The head-to-head scoreline reads 5-0 in favour of the dominant neighbours. Bangladesh have not really excelled in the shortest format and will be without Shakib Al Hasan, but this is their best opportunity to finally add to the zero. Bangladesh have enough experience to test the young Indian side and achieve something they got really close to during the 2016 World T20 before Hardik Pandya s final over played the foil. India-Bangladesh contests have spiced up in recent times and this will be no different.

India were about 15 runs short against Sri Lanka on a belter of a surface. Shikhar Dhawan continued to cash on his rich form but the middle order could not do justice to that rollicking start. Worse, Sri Lanka got 75 of their 175 in the first 6 overs. Shardul Thakur leaked 27 runs in his first over. Without Jasprit Bumrah, Bhuvneshwar Kumar and Pandya, the pace department lacked the zing.

Our bowlers tried everything they could, but sometimes it doesn t come off the way you want it to. I felt we have enough experience in our bowling line-ups. Yes, they are new in the scene, but they ve put in performances. I had a lot of confidence going into the game, said Rohit after the defeat. Vice-captain Dhawan added that India had lost the battle in the first six overs of the Sri Lankan innings.

With IPL and domestic experience behind their back, Rohit stood firm behind his side: We are blessed to have a squad that has good batting depth. We also have a couple of all-rounders. Hopefully we ll come back strong.

Yuzvendra Chahal, who became a regular only in 2017, finds himself leading the bowling attack. The leg-spinner brought India back into the game on Tuesday with dual strikes of Dinesh Chandimal and Upul Tharanga. Chahal and Washington Sundar will need to outdo the Bangladesh spinners.

What hurt India on Tuesday was the fall of Rohit and Suresh Raina in the consecutive overs. With no Virat Kohli, Raina is the fulcrum of the middle-order.

Not long back, KL Rahul was identified as India s second batsman after Kohli to fit into the all three templates of the game. Despite a blistering hundred and an average in excess of 50, Rahul has been warming the benches for long, just too long. There is little point in playing both Dinesh Karthik and Rishabh Pant. Either can make way for Rahul.

Rohit prefers to bat in the middle-order for Mumbai Indians. With no Kohli, and Rohit being in indifferent form, it would not be a bad idea to have Rahul at the top with Dhawan, with Rohit moving to No. 4.

Shakib can win games with bat or ball. Without him, Bangladesh are substantially weakened. He missed the T20s and Tests at home against Sri Lanka and Bangladesh suffered. Mahmudullah will continue to lead in Shakib s absence, but at his disposal is an Indian side which has a lot of players lesser experienced than his teammates.

He will need senior professionals like Tamim Iqbal, Mushfiqur Rahim and Mustafizur Rahman to step up. Knowing Rohit s weakness against the ball that moves in late, Fizz s spell will be critical.

Tamim recently highlighted on the team s form: It will be a different challenge here for me and also our team. We know that we are not in the best of form as a team but this can happen as I have said it s normal for a batsman and a bowler, we go through good form and bad patches. So, as a team it is quite normal for that to happen. I think in some cases we are panicking a lot and I feel we need to curb that since, as a team, you have to accept that when things are not going well, we should not be panicking and we need to go back to the basics. 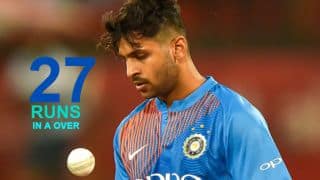 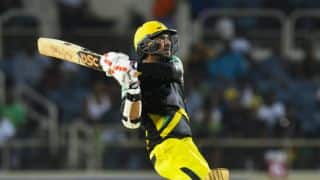