16 matches for India against Sri Lanka the moment play gets underway today. This will be India s most against any side. They have also played 15 T20 Internationals against Australia. Sri Lanka, on the other hand, have played 18 T20Is against Pakistan, followed by 15 against each of New Zealand and (obviously) India.

10 wins for India against Sri Lanka, their joint-most against any side. India have also won 10 matches against Australia.

14 matches for Rohit against Sri Lanka, joint-most for any Indian. Dhoni has also played 14. For Sri Lankans, Thisara has played 12 against India, the most.

6 runs needed by Rohit (278) to become the leading run-scorer in India-Sri Lanka T20Is. Rohit is currently behind only Kohli (283). In the current Sri Lankan squad, Kusal Perera (171) has most.

1 wickets needed by Yuzvendra Chahal (13) to become the leading run-scorer in India-Sri Lanka T20Is. Chahal is tied with Ravichandran Ashwin (13). For Sri Lanka, Dushmantha Chameera (10) has the most.

1 uncapped cricketer in the Indian camp Deepak Hooda. He may become the 75th Indian to play T20Is. 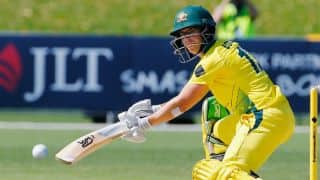