Narendra Modi’s jibe at Dr. Manmohan Singh that he’s the "night watchman" for the family, has sent the cricketing fraternity into an indignant frenzy, with nightwatchmen across nationalities taking strong exception to the Gujarat Chief Minister’s slight on what is essentially a very challenging trade. 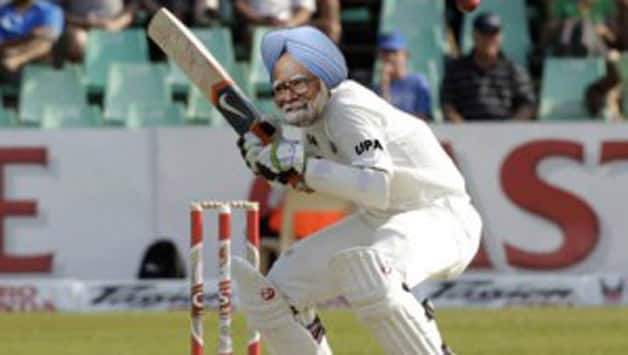 Being a night watchman is more than just ducking bouncers.

Narendra Modi’s jibe at Dr. Manmohan Singh that he’s the “night watchman” for the family, has sent the cricketing fraternity into an indignant frenzy, with nightwatchmen across nationalities taking strong exception to the Gujarat Chief Minister’s slight on what is essentially a very challenging trade.

“The comparison is uncalled for,” said Jimmy Anderson. “It takes courage and tremendous application to face wily spinners and fast bowlers with their tail up, to survive out there and take your team through to stumps. You cannot hope to do that by simply existing. If Mr. Modi had watched a bit of Test cricket, he’d have known that.”
Indian night watchman Ishant Sharma concurred with his English counterpart. “As someone who pursues night watchmanship full-time these days, I can say that there’s tremendous honour in the role, and it is a lot more than simply taking blows and staying put. Often, we do give it back — through the occasional edge running away to the third man boundary, and the odd inspired cover-drive — something that cannot be said of our Prime Minister.”

Another prominent former Indian night watchman Irfan Pathan has spoken up as well. “I am deeply offended by this thoughtless remark. I regret sharing stage with Narendra Modi during the Gujarat elections.”

Former specialist batsman Virender Sehwag added, “I am relatively new to this role, but even I can vouch for the fact that it’s more difficult being a night watchman than it seems.”

Congress spokesperson, Renuka Chowdhury, also chipped in, saying, “I agree with Ishant and Pathan. How can you called our Prime Minister a chowkidaar, haan? This is very derogatory.” Sagarika Ghose was quick to point out that his use of Test cricket metaphors that went over the heads of people like her was proof of Modi’s non-inclusive, narrow-minded approach.

Meanwhile, Dr. Manmohan Singh himself has protested the Gujarat Chief Minister’s remark. “I may not have scored, but I haven’t got out either. I’d think that entitles me to the status of at least someone like Akash Chopra,” the Prime Minister confided to The Unreal Times with a pained expression.

(“Unreal Mama” is the pen name under which CS Krishna (left) and Karthik Laxman (right), the founding editors of The Unreal Times (www.theunrealtimes.com), write fictional news reports, dressing room conversations and other such articles marrying humour with satire. The Unreal Times is India’s favourite satire, spoof, parody and humour portal from where the above fake Facebook wall has been reproduced with permission) 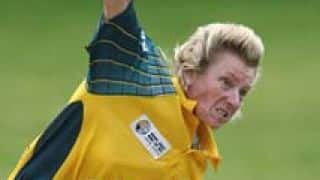