There is determination to bat, and bat, and score runs. Nothing else is a cause for concern for Warner

At the end of 28 overs, Bangladesh were placed at 167-3. ODI cricket has changed so much over for the last four years, which makes you inadvertently add 150-odd to the score at this juncture.

They added 166 to it, in 22 overs, finishing at 333-8. Ordinarily, that is a good enough total to get you two points. Not at present, not in this tournament where we have seen teams falter, almost come within touching distance and falter. Australia lost by 36 runs when they were chasing India s 352. England failed by 14 runs when they chased Pakistan s 348, and at the same ground too.

There is something odd about Warner at the moment. The last two years or so have been a massively turbulent time for him, undoubtedly. Even so, there is certain calmness about him. It first came through when he didn t speak an unnecessary word, even as Steve Smith and Cameron Bancroft went about addressing the media/giving interviews to tell their side of the story. It was almost that part of the scandalous story didn t matter anymore, at all.

Now, that calmness manifests itself within the boundary ropes. There is determination to bat, and bat, and score runs. Nothing else is a cause for concern for Warner. Statistically, with 447 runs in this tournament so far, his current form is but an extension of what he achieved with Sunrisers Hyderabad in the 2019 IPL season. And yet, there is more to the eye here than just the number of runs he has scored. ALSO READ: For us it s about getting the two points and moving onto the next game: David Warner

Warner s ODI career strike-rate is 95.60. In T20Is, he strikes at 140.10. In the IPL this year, he scored at strike-rate 143.87. Back to playing ODIs now, his strike-rate in this current World Cup before Thursday was 76.99. It is now 87.30. What explains this anomaly? Is there something on his mind, for example, the simplistic determination of making an impact every time he goes out to bat?

As good as the IPL is, international cricket is still a step up. Here, bowling attacks have a greater spectrum, and present a different challenge. Even Afghanistan s for that matter, as you consider Warner s snail-like approach to his first knock (89* off 114 balls) in this World Cup. Then, came the India game, and cynics argue that his batting lacked adventure required to chase down a 350-plus target. ALSO READ: David Warner first to two 150-plus scores in world cup history

The counter argument herein being the likes of Bhuvneshwar Kumar and Jasprit Bumrah bowling to a plan, and making it work. They wound him up on the middle and leg stump, and as Australia wanted to bat for long without minimum damage, he was forced to strike at a rate lower than he perhaps wanted to. Against Pakistan then, he upped the ante, striking at 96.39, before this Bangladesh attack put the shackles back on his, so to speak. (We) don t intentionally go after it on purpose. You have to respect the new ball, and you always keep wickets in hand, said Warner, after picking up man-of-the-match for his 16th ODI hundred.

Sure, any ODI tournament in England will always incite fear of the new ball(s) at a 10.30am start. But the team s game plan is one thing, and your own batting is another. Make no mistake though there is a paradigm shift in how Warner approaches his innings now.

He wants to bat long, because by holding one end together, he can have more of an impact in the middle order and towards the end. ODI batting has changed to a degree that teams bat to a saturation stage until the late 20s and early 30s of their innings, and then derive the acceleration point. Someone like Warner can cause mayhem thereafter.

Maybe then, this Bangladesh game was perfect execution of this Warner-plan. He reached the century off 112 balls, and unlike Rohit Sharma, he didn t take any time changing gears. The acceleration came instantly 65 runs off the next 35 balls he faced, including seven fours and three sixes. It wasn t exactly carnage, but it provided the Australian innings with that extra impetus towards the end. And as turns out, it was the reason why Bangladesh never got within sniffing distance despite scoring 330-odd in a run-chase.

The Tigers though only have themselves to blame. Warner was dropped on 10*, with Sabbir Rehman dropping a regulation catch at point, and it cost them 156 runs. This moment was a pointer to the general malaise in the Bangladesh camp on this day lethargy in chasing the ball, general misfielding and lack of support to the bowling, which didn t help even create a chance of any dismissal. When Warner-Usman Khawaja pressed on the accelerator in the middle-over, Bangladesh came undone.

Batting, perhaps, is the Tigers strong suite now. Tamim Iqbal batted with awareness; Shakib al Hasan was in the mood for a miraculous chase; Mushfiqur Rahim and Mahmudullah fought till the end. On current batting form, and fighting spirit, if there is any side outside the top four capable of making a fist of this target, it was Bangladesh. And boy, they tried, hard.

Two conclusions can be drawn at this juncture. One, the league stage could be dead as early as this weekend. If England beat Sri Lanka, there is little chance of the top-four being disturbed, and then proceedings in this World Cup will then become drab earlier than expected. A Bangladesh win today would have prevented that. Now, they need to win all their remaining three games to even have a whiff.

This is where the second conclusion comes in the Tigers are the second-best Asian team in this World Cup. And it says a lot, about their evolution as a cricketing nation, and the general state of this game in Sri Lanka and Pakistan. 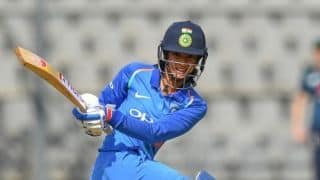 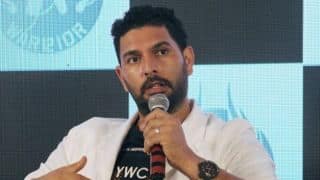