The feat was achieved during the first Test of a triangular tournament that included England, Australia and South Africa.

On this day in 1912, Australia spinner Jimmy Matthews became the first and only bowler till day in Test cricket’s rich history to have taken two hat-trick in a single day. However, Matthews, a leg-break bowler, mysteriously played just eight Tests during his international career, taking 16 wickets in them.

However, he managed to leave an indelible impression during his brief Test career with a record that may some doing to be repeated.

The feat was achieved during the first Test of a triangular tournament that included England, Australia and South Africa.

The Test played at Old Trafford in Manchester, saw seven debutants – four from South Africa and three from Australia.

South Africa were left struggling at 54/4 with Bill Whitty rushing through their top-order on Day 2.

Aubrey Faulkner, who waged a lone battle with an unbeaten century, found some support from the lower order, taking the score past 250-run mark.

At 265/7 with two set batsmen in Faulkner and Rolland Beaumont, SA were hoping to whittle down the deficit as much as possible. And then Matthews cleaned up Beaumont on 31, trapped Pegler and Tommy Ward off successive deliveries to complete his hat-trick.

SA were asked to follow-on, trailing by 183 runs on the Day 2 itself. And were soon reduced to 70/5, staring at an innings defeat.

In comes Matthews and again weaves his magic to ensnare Herbie Taylor, Reggie Schwartz and Tommy War off successive deliveries to record an incredible second hat-trick on the second day itself.

All the dismissals were his own doing i.e. he didn’t require the assistance of any of his teammates – three were bowled, two were lbws and two were caught and bowled.

While there have been multiple instances of bowlers taking two hat-tricks in first-class matches, there’s none in a single Test, let alone within a day. 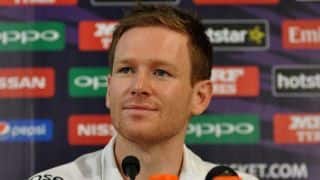 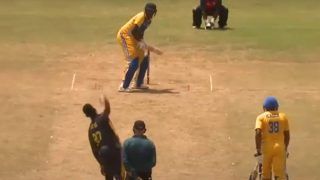