Sunrisers Hyderabad (SRH) lost to Mumbai Indians (MI) in the final league match of Indian Premier League (IPL) 2015. SRH got eliminated and MI jumped to the No. 2 spot on the points table. However, in SRH’s previous match against Royal Challengers Bangalore (RCB) a fleeting moment of sheer carelessness from skipper David Warner cost them the game, and ultimately, the playoff qualification. Shiamak Unwalla has more.

David Warner is quite possibly the most dangerous opening batsman in the world at present. He has been prolific across formats for Australia over the last couple of years, and carried on his good farm into IPL 2015. He also happens to be one of the best fielders in the world.

Warner is currently the holder of the Orange Cap, though he is not likely to hold on to it by the end of the tournament. The only man to blame for that fact, though, is Warner himself.

SRH’s penultimate game against RCB was a rain-shortened one. It was initially down to 11 overs a side. SRH batted first, and Warner himself remained unbeaten on 52 as SRH amassed 135 for three in their 11 overs. Further rain meant that RCB needed to chase 81 from six overs.

An opening blitz from Chris Gayle and a master class from Virat Kohli ensued. Though RCB lost four wickets — including AB de Villiers to the first ball he faced — Kohli managed to take the match to the final over. Bhuvneshwar Kumar bowled a good over, but Kohli’s brilliance trumped Bhuvneshwar’s skill, as he hit two glorious boundaries: an off stump yorker was square-driven through point, and a wide yorker was glanced through third man at the last moment. RCB now required four to win off two balls.

Bhuvneshwar bowled length. Kohli got under it, and hit it to long on. Warner took the catch. Warner celebrated, fists pumping, and proceeded to step on the boundary. Instead of a wicket for SRH, it was six for RCB.

For a brief moment, Warner — excellent fielder, player of numerous reverse hits, Orange Cap holder — forgot the most basic aspect of fielding at the boundary: be aware of where the boundary is. In his enthusiasm and impatience to celebrate, Warner showed shockingly poor match awareness. Instead of accepting the catch and making sure of where the boundary was, he let his emotions get the better of him.

Warner was gracious enough to accept his mistake publicly. In a message to impressionable young minds who watched that fateful moment, Warner had a word of advice: Had the catch been taken, RCB would have needed four runs off the final ball with a 17-year old on strike. Anything could have happened in that high-pressure situation. Had SRH won that match, they would have been guaranteed a spot in the playoffs. Instead, they lost the game, lost momentum, and were mauled by MI.

Kids if you watched tonight’s game make sure you check for the boundary rope. Costly mistake.1 more game to go we can fight back @SunRisers

Cricket may have evolved tremendously over the years. New shots, new deliveries, new fielding methods, and new equipment have brought about some mind-numbing innovations in the game. But at the end of the day when it comes down to it, the basics remain the most vital aspect of the game. 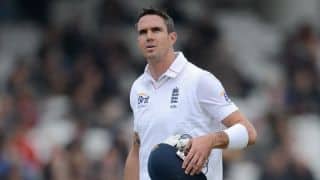