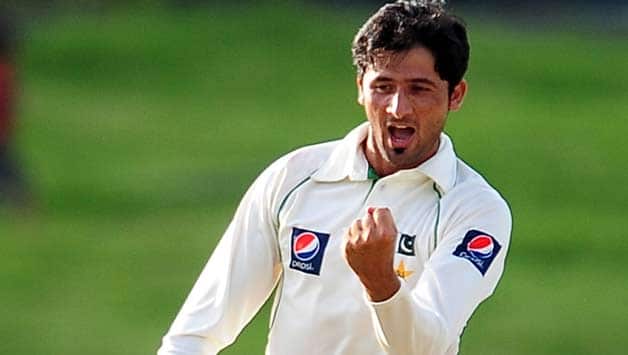 A lot of people look at the Test series in South Africa with a certain amount of fear and negativity and you can say that is justified given Pakistan’s record in South Africa. However I’m quite positive about the upcoming three Test series and think that Pakistan could hold their own against the best Test team in the world providing the Pakistani batsmen can give the bowlers enough runs to play with.

The key for Pakistan is how their top six holds up against the likes of Dale Steyn, Morne Morkel and Vernon Philander. The series will be a thorough test of the technique, temperament and ability of all the Pakistani batsmen and the Pakistani top order will need to raise their game if they are to challenge the South African bowlers. A complete batsman is one who can make runs in all conditions and against all bowling attacks, well this is the opportunity for the Pakistani batsmen to show the world what they are made of and to raise their profiles.

The Pakistani batting in India was acceptable, rather than brilliant. Nasir Jamshed looked very compact and there were some flashes of brilliance from the others, but batting in the subcontinent and batting in South Africa are totally different propositions. The Indian quick bowlers were medium-pace, whereas the South African pace bowlers are going to be bowling consistently around the 90mph mark. The Pakistani batsmen will need to show character, guts and determination and I do worry about the Pakistani batting and its tendency to collapse and lose wickets in a hurry. Guts and determination can overcome technical frailties. Look at Javed Miandad, for example. He was not the most technically gifted of batsmen, but he put a price on his wicket and fought hard against all bowling attacks. The likes of Mohammad Hafeez and others can take a leaf out of Miandad’s approach and mindset. Hafeez’s technique against the quick bowlers isn’t ideal, but with grit and determination he can have a good series in South Africa.

If you look at the likely combinations of the two teams, then Pakistan’s advantage is clearly in the spin bowling department. However, that advantage is negated by the relative pace bowling attacks. The South African bowling attack is mouth watering to watch for a former fast bowler like myself; they are simply phenomenal with no apparent weakness. Steyn, Morkel and Philander are a lovely combination of styles and methods. The aggression, skill and variations of Steyn, the awkward bounce of Morkel, who I believe is a very under-rated bowler, and the ability of Philander to put the ball in areas where the batsmen simply do not know what to do. It’s a combination that really is fascinating and brilliant to watch and gives the batsmen no respite.

The Pakistan pace bowling line-up is relatively inexperienced with the exception of Umar Gul, and that is a slight concern. But it can be overcome. Gul needs to lead the pack, stand up and be counted. It’s a big series for him. He’s a very good cricketer and a team man, but at times I feel he has not done himself justice with the ball. His Test bowling average of just under 34 should be better. And given the qualities he possesses as a bowler and the skills he has, that bowling average should be under 30. The pace bowlers around Gul in South Africa are a very inexperienced bunch and it’s absolutely vital that Gul leads the way and guides the others.

I enjoyed watching Junaid Khan recently in India. He has something about him. His passion for the game and his energy can really lift his team mates and he has the ability to bowl deliveries that can unsettle and dismiss any batsman in the world and there are not many bowlers around these days who can lay claim to such a skill. In South Africa he mustn’t get carried away and bowl too short, instead stick to what he is good at and pitch the ball up.

I always had faith in Pakistani bowlers. Over the years they have, more often than not, delivered. Without wanting to sound biased, they have won more matches for the Pakistan team than the batsmen have. What I want to see from Junaid Khan, Umar Gul and Mohammad Irfan is aggression. The South African pace bowlers will be in the faces of the Pakistani batsmen and I want our trio of pace bowlers to do the same to the South Africans. Body language as a bowler is very important and that is partly why Pakistan’s bowlers performed so well against India recently; they never let the Indian batsmen settle; they were up and at them all of the time and let the Indian batsmen know that they were going to face a tough challenge every time they walked out to the middle. The Pakistani bowlers do not need to say too much to the South African batsmen other than the occasional glare in the follow-through.

Pakistan has always had aggressive bowlers and that is a trend that the current crop of quick bowlers needs to continue. Imran Khan, Wasim Akram, Waqar Younis, Shoaib Akhtar were all aggressive and I really want to see Irfan, Junaid and Gul get in the faces of the South African batsmen in the Test series. The aggression, though, has to be controlled. It’s all in the eyes; sometimes a look is enough. And if channeled properly, that aggression can lift the whole team.

I’m not too worried about the fact that there are only four pace bowlers in the Test squad. Only three will play and you have one in reserve. That’s fine by me. If any of the quick bowlers get injured or the management feel they need more cover in that area then I’m sure in a day or two a replacement will arrive.

I was delighted to see Mohammad Irfan who hails from the same cricket club as myself (Gaggu Mandi) bowling so well in India. He really roughed up the Indian batsmen which I enjoyed and watched with a wry smile. He’s improved so much since the last time I saw him in Pakistan a couple of years ago. He looks much stronger and fitter and looks a more complete bowler. The hard work he has put in with his coaches since starting his First-Class career has really paid off, but I am concerned about his levels of fitness for Test cricket. Bowling four overs in a T20I and 10 overs in a One-Day International are not too difficult, but being out in the field for potentially 90 overs in a day, bowling 20 or so overs too is a tough ask for Irfan. He will have to be managed very carefully by captain Misbah-ul-Haq, otherwise we could see Irfan leaving this tour prematurely.

The series should be a very interesting one. Whatever the outcome, I hope the Pakistan team does their talent justice and play to their potential. Too often in South Africa, Pakistani teams have been beaten even before the series starts. Hopefully this time we’ll see Misbah’s team put up a good fight.

(The above article by Mohammad Zahid is reproduced with permission from PakPassion.net)