Rangana Herath picked up 25 wickets from two Tests against Pakistan in 2014.

Pakistan have left out Saeed Ajmal for the series against Sri Lanka.  Nikhil Popat feels the visitors will look to have Zulfiqar Babar and Yasir Shah combine to do what Rangana Herath did to them a year ago. READ: Is this the beginning of the end for Saeed Ajmal?

Rangana Herath is 37 years old, but his cricket career is by no means over. He looks fit enough to play for a couple more years. Remember the selectors ignored to select Prasanna Jayawardene, who was their first choice ’keeper all this years, since they wish to look ahead. However, one cannot look past Herath. He might be tiny but his numbers are imposing. He’s the real pocket sized dynamite. READ: Pakistan axe Saeed Ajmal for Test series in Sri Lanka

Pakistan got the taste of him when Herath picked up 25 wickets from two Tests in 2014, which was also the last time these two sides met. Herath not only averaged a mere 15.13 but kept things tight with an economy of 2.81. Pakistan has had no answer to Herath, but have unearthed a couple of spinners themselves. They have included Yasir Shah and Zulfiqar Babar and left out Saeed Ajmal.

Ajmal did not have success bowling to Sri Lanka in the last series, taking just 9 wickets from two games and was expensive, averaging 40.11 with a strike rate of 96.1. Ever since he had to remodel his bowling action, he hasn’t been quite affective. READ: Junaid Khan is Pakistan’s best bet to counter Kumar Sangakkara

Pakistan played Australia in his absence, fretting what would they do. Enter Yasir, and he beat the spin out of the Australians to take 12 wickets in two games at 17.25. Australians are not as natural against spin as they are to sledging and walking their talk but this was still some achievement. Shane Warne was impressed by the young leggie and he was very vocal in his support for him.

Yasir has not shown the same success since then, as he has tended to bowl flatter. Despite that he has 37 wickets after 7 Tests, which is more than what Anil Kumble, Shane Warne, and Abdul Qadir had at the same time of their careers. READ: Pakistan’s lack of match-winning bowler is a worry, says Mohammad Hafeez

It is indeed a small sample size but the potential is there: Herath flights the ball and gets enough purchase to beat the batsmen. Yasir will want to emulate him. However, he cannot do it alone; he needs help from the other end to maintain the pressure, which is where Zulfiqar can step up.

Babar does not have the same number like Yasir. His eight Tests have fetched 36 wickets but at an average of 37.55 with a below-par strike rate of 68.2. Sri Lanka have quite a few key right-handed batsmen in Angelo Mathews and Dinesh Chandimal who form the weak middle-order of Sri Lanka. Babar will have to be patient, and both he and Yasir will have to hunt as a pair to take down Sri Lanka. READ: Kumar Sangakkara looks to build on prolific Test record during Pakistan series ahead of retirement

Kumar Sangakkara will come hard at them. However, he is Sri Lanka’s main man, and if they get past him early, Pakistan will make their way into a weak and young middle order. There is no doubt that Babar and Yasir will be tested, more so due to Ajmal’s absence. Misbah-ul-Haq will turn to these two for wickets, and both of them will need to rise to the occasion his call. 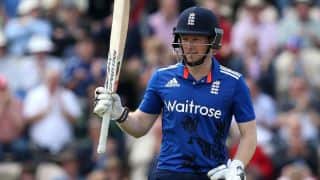 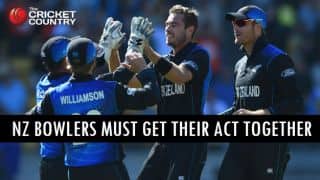