The senior Akmal still hopes to make a comeback in the Pakistan side.

The Pakistan team’s disastrous tour of Sri Lanka yielded just one positive result in the shape of a solitary One-Day International (ODI) victory from a total of two Tests and three ODIs. The Team management for their part has desperately tried to explain this dismal performance — listing a number of reasons ranging from lack of match practice to the inability of key batsmen to score when needed. However to some experts and ex-players, it is clear that the Pakistan Cricket Board (PCB) must look elsewhere to understand the true reasons for the current drop in Pakistan’s cricketing fortunes and must act accordingly if success in the 2015 edition of the ICC World Cup is a priority.

Wicket-keeper batsman Kamran Akmal last played for Pakistan in April  against West Indies in the ICC World T20. The 32 year-old wicket-keeper who has played 261 international games recently took part in a T20 charity game in support of victims of the bombing in Gaza . During that match he spoke exclusively to PakPassion.net about what he deemed to be the weakness in the preparation of the Pakistan team for the tour of Sri Lanka, Pakistan’s chances in the 2015 World Cup, how wicket-keeping is affecting his brother Umar’s form and his hopes of making a comeback to international cricket.

“Yes Pakistan hadn’t played Test cricket for a while before the series but the manner of the 0-2 defeat to Sri Lanka was inexcusable. I’d question the preparation for the Test series, as from what I am hearing the focus was on fitness and physical work rather than cricket. I don’t understand the point of having a training camp where you don’t play any cricket. Sri Lanka had been playing a lot of good and competitive cricket before the series against Pakistan, but our boys went into the Test series under-prepared and lacking match practice = against a tough side like Sri Lanka in their conditions.”

“Professional cricketers can work on the bulk of their fitness by themselves in their own time. There is enough responsibility in Pakistan cricket for its cricketers to be able to maintain optimum fitnesslevels. The camp lasted about a month or so in Lahore before the tour of Sri Lanka and I would question why the emphasis was on fitness and not on playing cricket. I’m not in favor of such camps where the emphasis is just on fitness work. Had the focus been more on cricket at the Lahore camp then the result of the Test series could have been different” stated Akmal.

He added “I think the PCB hierarchy and management need to address the issue of these long training camps and instead of the coaches focusing on fitness they should be working on the cricketing skills of the players. This way the players will be better prepared for away tours.”

The reaction to the Test and ODI series defeat amongst the media and fans has been a predictable one. The fact that Pakistan capitulated in almost all the games appears to be an indicator of darker days to come, especially in terms of preparations for the 2015 World Cup but Kamran Akmal sounds a note of optimism stating that fans and opponents should reconsider writing off Pakistan on the sole basis of the performances in the Sri Lanka series and stated “Despite the series defeat in Sri Lanka, you cannot write-off Pakistan’s chances of winning the World Cup. When it comes to major tournaments Pakistan always raises its game and we have a lot of match-winners in our squad. Yes conditions will be tough in Australia and New Zealand, particularly for our batsmen but nobody should completely ignore Pakistan’s chances for the World Cup. Pakistan also need to believe in themselves and make sure they have the right combination and ensure they are mentally ready for the World Cup. If the preparation is good and self belief is there then nobody can stop Pakistan.”

Whilst Kamran is upbeat about Pakistan’s chances in the  mega event due to the nature of the tournament and Pakistan’s past record, he does feel that PCB may have missed a trick by not playing enough practice games leading up to the Sri Lanka tour and eventually to the 2015 World Cup.

“I don’t think preparation for the World Cup has been ideal though. We had a long period of inactivity, the Board should have organised a lengthy camp that included top players from Pakistan playing against each other in fifty over matches, instead of useless fitness camps.”

The subject of Umar Akmal keeping wickets in limited overs is one that has not gone down well with Kamran Akmal. The younger brother of Kamran has been entrusted with it  in T20 and ODI games and to Kamran, this is a prime reason for the lackluster batting display by Umar Akmal and a factor that the team management would do well to pay attention to in the future “I think the pressure of keeping wicket is affecting Umar Akmal’s batting. Look at the example of Rahul Dravid, his batting suffered when he was asked to keep wickets by India. Umar’s not a natural wicket-keeper and that does have an effect. If you have been keeping wicket all your life then that makes a huge difference compared with someone who has only kept wickets sometimes. I think fitness affects your wicket-keeping too as you are required to use muscles that as a non wicket-keeper you do not use regularly. So as a result of that, Umar’s fitness is hindering his batting particularly when he’s been in the field first. It’s something that the management need to look at as I believe that if they played Umar purely as a batsman he would perform a lot better.”

To many followers of the game, Kamran Akmal has received his fair share of chances to play for Pakistan. The latest reincarnation in Pakistan colours during the World T20 in Bangladesh ended in a whimper for the discarded Pakistan wicket-keeper batsman. To Kamran, this was just another setback and one that he wishes to put aside as he looks forward to serving Pakistan again in the future, citing examples of some senior players who continue to represent Pakistan “I’m fit and ready whenever Pakistan needs me. Look at the examples of Misbah-ul-Haq and Younis Khan who are still playing top level cricket. I’m 32 and feel that I still have a lot to offer Pakistan and want to play professional cricket for another six or seven years, fitness permitting”, he concluded. 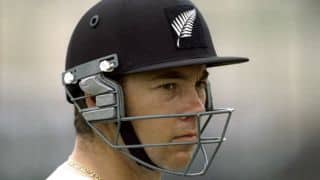 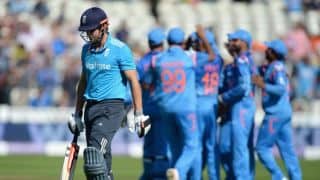