Will Pakistan come up with a spirited performance or put up another tame surrender against Australia in 4th ODI?

Pakistan are a unique team. Be it any format, their inconsistency and tendency to upset any side on their day can keep the opposition on their toes. If they were perished in the first of the five-ODI series against Australia, they were clinical in the second ODI to level the series. However, as many expected, they yet again fell off the radar in the next match. This is Team Pakistan, merely Pakistan. They have always been consistently inconsistent. Having said that, living upto their tag, they should stage a fight-back in the fourth ODI at Sydney Cricket Ground (SCG). But will they? Not even a veteran bookie can be sure of the how Men in Green will perform on any given day. Nonetheless, let’s take a look at the key clashes that will set the fourth ODI rolling:

Josh Hazlewood vs Pakistan’s mainstays: Words fall short when one is asked to describe Hazlewood’s accuracy. Be it Tests or limited-overs, the 26-year-old can trouble any side with his line and lengths. He was pick of the bowlers in the third ODI with 3 for 32, and will look to inflict more pain on Pakistan to wrap up the series for the hosts. He removed Pakistan’s mainstays, Mohammad Hafeez and Babar Azam, to turn the match in Australia’s favour. Azam and Hafeez will have to play his overs judiciously, as it can well and truly have an impact on the game. Having said that, ODI is a format where batsmen cannot afford to get bogged down, and look for aerial shots from time to time. The two Pakistanis will have to ensure that they not only play Hazlewood’s overs carefully, but also take minimal risks wherever possible. After all, you need to keep the scorecard ticking.

Imad Wasim vs Travis Head: Head is turning out to be Australia’s potent weapon in the middle order. He has a reputation of being a big hitter, but proved that he is accountable for more. Head plays the middle overs with calculative risks and rotates the strike as well. He will be up against Imad, who is slowly turning into Pakistan’s valuable all-rounder in coloured clothings. Expect a good contest between these two at SCG on Sunday.

Pat Cummins vs Umar Akmal: Well, one has to agree that Umar is more than just his bizarre pictures on Twitter. He is 13 runs short of reaching 3,000 runs in the format. Batting at No. 6, he will have to bat according to the situation. Known as an aggressive batsman, he will be eager to take on one of the best Australian bowlers. Umar has no option but to target Cummins to add some runs under his belt and provide impetus in the middle overs.

Cummins was impressive with figures of 10-0-42-1 in the last tie. He will be determined to have another good outing, whereas Umar will fancy his chances against the pacer.

Sharjeel Khan vs Billy Stanlake: Sharjeel had a good run at Perth, scoring 50 off 47. Sharjeel is not one to back off from his natural game, and will again come hard against Australia’s attack. He will be up against Stanlake, who had a decent game in the previous encounter. Sharjeel will definitely want to shimmy down the track and play some aerial shots against the inexperienced bowler. Stanlake will also be wary of Sharjeel’s tactics, and even if he goes for some runs, he may get the pricey scalp of Sharjeel, who can otherwise set the tone for Pakistan early in the innings.

Steven Smith and Mitchell Starc have proven that they do not stand any competition for the Pakistanis. Nonetheless, Peter Handscomb, Glenn Maxwell and Matthew Wade may also set up some interesting battles against Mohammad Aamer, Junaid Khan and Shoaib Malik. Australia certainly go as favourites at SCG, where they have a 10-4 record against Pakistan.

However, Pakistan’s last win against the hosts came in 1997, and will have to spring up a few surprises to keep the series alive. 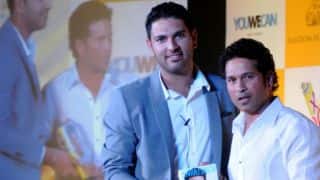 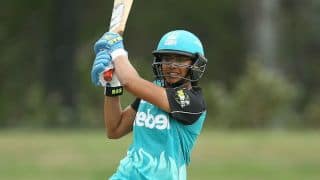