Pakistan’s rise in the recent series has been one of the most iconic highlights of this season as they settled the Test series for a 2-2 draw. Pakistan‘s tour of England recently has been one of the most talked about series, bringing back the spice in Test cricket when some of the critiques declared Test cricket’s downfall in the upcoming future. The visitors will now take on England in ODI series. Pakistan are currently placed at 9th spot in ICC ODI Rankings. After becoming the No.1 Test side, Pakistan will look to move up the ladder in ODI Rankings as well. It will not be wrong to say that they have had a good warm-up before the ODI series, playing against Ireland and beating them quite easily. Pakistan will face a tough challenge against England who have performed well in the previous ODI series against Sri Lanka at home. FULL CRICKET SCORECARD: Pakistan vs England, 1st ODI at The Rose Bowl

Mohammad Hafeez vs himself: Hafeez has had a pathetic run on England tour so far despite being one of the most experience batsman in the side. He could only manage 102 runs in 6 innings which are nowhere near to his capability or the performance Pakistan need from him. Even against Ireland he got off to a start but could not convert it into a big score and also struggled to score runs at a brisk rate, managing to score 37 runs from 58 balls. He needs to stop throwing his wicket away and provide his side a foundation for a big total.

Sharjeel Khan vs Chris Woakes: Sharjeel stunned everyone with his hard hitting skills against Ireland while scoring 152 from just 86 balls. All of a sudden, he has become a major prospect for Pakistan on this tour. However, he might find it hard to get through in-form bowler Chris Woakes who has rattled England batsmen in the Test series so far. Woakes too is having a great season so far against Sri Lanka and Pakistan.

Shoaib Malik vs Moeen Ali: Both the players have similar role in their sides, chip in with a few overs in the middle and save the side from a batting collapse. Both of them have proved to be dependable in recent times. Moeen has been in good form lately in Test series and Sri Lanka’s tour of England. Malik has been performing consistently in recent past, he looked in good form in Caribbean Premier League (CPL) 2016 as well.

Umar Gul vs Jos Buttler: Jos Buttler will be returning into the side after thumb injury, he was named man of the series against Sri Lanka, he had a good Natwest T20 Blast as well before injury. He has the mettle to take the side out of danger from losing situation and proved in the previous ODI series. On the other hand Gul will be making a comeback into the side after a long break. He played an ODI against Ireland making an impact straighaway by taking 3 wickets. Gul can be very effective with his yorkers in death over. Let us wait and watch how Buttler copes up with Gul.

Imad Wasim vs Joe Root: Wasim has been in exceptional form in CPL 2016 playing for Jamaica Tallawahs who ultimately won the tournament. Wasim has proved that he can silence big hitters as well. He might get picked over leg-spinner Yasir Shah for his recent performance against Ireland claiming 5 for 14. However, Joe Root too is having a great season so far. Having been considered as one of the best batsmen of this era Root will face a tough challenge against Wasim. He might surprise Root with his street smart skills. 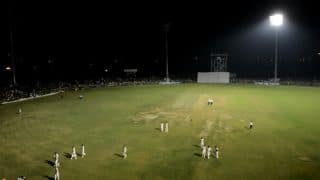