The series is in favour of England at the moment and they are breathing down the neck of an incumbent Pakistan.

England have outplayed Pakistan in the third match of the four-Test series at Edgbaston, leading the series 2-1. The hosts won the match by 141 runs in what turned out to be a topsy-turvey contest. It was all happening for the hosts on Day 5, as they added a few quick runs to bolster their lead over 340 runs and give a fitting target for the visitors to chase at Birmingham. The going was always going to be tough for Pakistan, as they have a dismal record batting fourth, which they continued to do so. From England’s perspective, there were many high points in the day. Aditya Sahay brings out the best moments from the final day: LIVE CRICKET SCORECARD: Pakistan vs England 2016, 3rd Test at Edgbaston

Moeen Ali’s blitz in the morning session: Moeen and Jonny Bairstow played outstandingly to put England in a commanding position in Day 4’s last session. They were expected to add few more runs before they would have asked Pakistan to bat, and Moeen did that in style. Though Bairstow could only add a run to his overnight score, the left-hander, at the other end, played aggressively and even dispatched Yasir Shah’s leg-cutter out of the boundary line. He was ubeaten on 60 and quickly reached 86 (not out) before England declared at 445 for 6, with the lead standing at 342. His quick outbursts certainly made things easier from the start of the day.

Hosts’ thorough performance with the ball: Pakistan needed 345 runs for victory in two and a half sessions. They had a stiff target in mind and that too against a quality bowling attack of England. The batting conditions were expected to be nice, but still Pakistan could not grab the chance and threw wickets at regular intervals to give an edge to their opponents. Stuart Broad started the fall of wickets while Steven Finn, James Anderson, Chris Woakes and Moeen chipped in with regular breakthroughs to completely outfox the Pakistani batsmen.

Misbah-ul-Haq’s wicket opened the gates for a collapse: It has always been this way for Pakistan, at least for the last half a decade. If their Test skipper Misbah is at the crease, they breathe easily as he holds the innings brilliantly, but sadly this was not the case for the sub-continental team on the decisive day. It seemed as if the team’s shabby performance, with both and ball, was playing on his mind, as he threw his wicket off a wide delivery from Finn, and from thereon, began the downfall for the visitors. Suddenly, they were reduced from 124 for 4 to 125 for 7, which proves their overdependancy on their skipper. The only shining armour from Pakistan’s batting aspect was Sami Aslam’s consecutive fifty in the match. MATCH REPORT: England beat Pakistan by 141 runs on Day 5 of 3rd Test

Last wicket’s fightback, and resilience a lesson for Pakistan: At tea, England were just three wickets away from stamping their authority. The writing was already on the wall; and only in sometime, they would have won the match in the final session. Anderson removed Yasir, while Broad took the wicket of Mohammad Aamer. Alastair Cook and co. were just a wicket away from victory.

However, the last pair of Rahat Ali and Sohail Khan delayed the inevitable for the hosts and made them toil for the final wicket. Though both the players were lucky, as their edges fell short or passed the slips for a boundary, they still hung on to add another 50 runs for their side. They fought with grit, and with every run, their confidence increased. It was evident that they were enjoying themselves on the field. As a matter of fact, Sohail also scored more than what their main batsmen Younis Khan, Misbah, Sarfraz Ahmed and Asad Shafiq could combine to add on the board.

The resilience shown by the tail-enders must be a lesson for the entire team. They should take a leaf out of this small yet vital partnership, and fight hard in the last Test at The Oval to try and level the series.

The series is in favour of England at the moment, and they are breathing down the neck of an incumbent Pakistan. Can the visitors learn from this Test and square level the series? Only time has an answer to this. 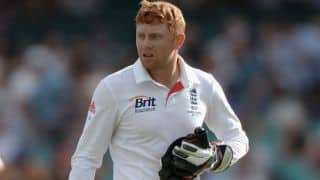