The much-hyped opening T20I tie between the hosts and visitors ICC World XI saw a high-scoring encounter, with the hosts registering a comfortable 20-run win.

It was after a long wait that quality international cricket returned to Pakistan. The much-hyped opening Twenty20 International (T20I) tie between the hosts and visitors ICC World XI saw a high-scoring encounter, with the hosts registering a comfortable 20-run win, as they drew first blood in the series. Now as they prepare for the second of the three-match T20I series at the same venue on Wednesday, intensity along with competition is set to be high again. This would again lead to some interesting key battles between both the sides as we take a look at the possible ones.

Shadab Khan vs Hashim Amla: Shadab maybe just 18 but he has already proved that he has a matured head. The leg-spinner was one of the stars on Tuesday after he claimed 2 wickets for 33. He claimed the important wickets of the South African duo skipper Faf du Plessis and David Miller. He will hope for the magic to continue on Wednesday. However, things could not be as easy as Hashim Amla would be all set to give him tough competition. Be it spin or pace, Hashim has been a tactful player, especially in the subcontinent. Therefore, Shadab must start from the scratch if he intends to win against Amla. Amla’s wicket will help him have 3 quality South African wickets in his kitty.

Babar Azam vs Morne Morkel: For Pakistan on Tuesday, it was mostly about Babar Azam, whose prolific batting set the platform for a sky-scraping total. It was his 86, which allowed the incoming batsmen to go after the World XI bowlers and set the match-winning total. He would be looking to perform with the same momentum on Wednesday as well. However, it could be Morne Morkel, who could possibly give him a tough time with the ball. Although he managed to claim just a wicket, he is a dangerous customer. World XI will look up to Morkel to rattle the Pakistan batting order.

Sohail Khan vs Tamim Iqbal: In one of the other Pakistan bowlers, who was the star on Tuesday, is Sohail Khan, who also claimed 2 wickets for 28 runs to restrict the World XI. He too would be looking to repeat the same or better the performance on Wednesday. However, veteran opening batsman Tamim Iqbal would not let that happen easily. Although he was dismissed cheaply for 18 on Tuesday, he could well turn things around on Wednesday. Being a Bangladeshi, he is quite familiar playing on these tracks. Therefore, Sohail vs Tamim surely will be an interesting battle.

Shoaib Malik vs Imran Tahir: The experienced Shoaib Malik, who provided the finishing touch to the Pakistan innings, proved how important a player he is, in this set-up. Being a consistent performer in the side, it could be expected from Malik that he would fire again. However, it would be of no surprise, if leg-spinner Imran Tahir has the better of him. Although Tahr just got a wicket on Tuesday, he has the capability to better and comeback harder on Wednesday. After all, he is amongst the finest in limited-overs cricket. So Malik needs to do a proper homework against Tahir, if he wishes to perform again.

Pakistan vs their inconsistency: Now this might seem something out of the box, but is a hard fact. Pakistan are indeed considered one of the most inconsistent sides in world cricket. One horrible game, the next match is a hit. One match champions, the next match they perform like minnows. This has been the story of Pakistan till date. Even in Champions Trophy, they entered as the No.8 side and ended up as champions.

Therefore, despite having drawn first blood in the series, it is still a long road ahead for Pakistan as they could well mess things up on Wednesday, making the series alive and open again. Although the Pakistan fans would not wish for it, but judging by the inexhaustible players in the World XI side, they could well strike back and send Pakistan onto the back-foot. Volatility is one tag, Pakistan should be looking to get rid off. 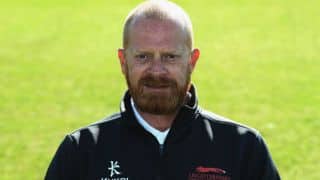 India vs Australia: IPL experience will prove to be crucial for Australia, claims Michael Clarke