Let us look at some of the more famous rest days in Test cricket.

The demise of Phillip Hughes had left the world of cricket in a daze to the extent of a day’s play between Pakistan and New Zealand being cancelled.  It had been ages since a Test has involved a rest day. Abhishek Mukherjee writes on a few that had involved rest days due to unusual reasons.

The news of Phillip Hughes’ unfortunate loss had shocked the cricket world. Day Two of the Test between Pakistan and New Zealand were scheduled to start at Sharjah, but had to be called off: the players were not in a frame of mind to play. The Test, however, was stretched by an extra day.

This, of course, had resulted in one of those forgotten concepts in international cricket: a rest day. The concept had started Christian countries, where cricket was usually stalled on Sundays. In fact, the first Test to feature play on a Sunday was the first Test on Indian soil — at Bombay Gymkhana.

Let us look at some of the more famous rest days in Test cricket.

The longest Test of them all had lasted ten days. No play was possible on Day Eight due to rain, but still they added two rest days, after Days Two and Eight. Had they played on one of those two days there must have been a result (and a miraculous one at that: chasing 696 for an improbable victory England had finished Day Ten on 654 for 5). In the end they had to rush to catch the Athlone Castle.

Batting first, England had scored 224 for 5 after Day One. Towards the end of the day, news came out that King George VI had passed away. The rest day, originally scheduled after Day Three, was shifted. To make things worse for England, they lost the Test; it was the first time a side had lost a Test to India.

Fazal Mahmood and Khan Mohammad bowled unchanged to rout Australia for 80 in the first encounter between the two. Pakistan duly won the Test by nine wickets, but there was a catch. There were originally two scheduled rest days — after Days Three and Four. The second one was added in remembrance of Liaqat Ali Khan: it was his fifth death anniversary.

The Golden Jubilee Test at Wankhede featured stupendous performances from Ian Botham (13 for 106 and a hundred) and Bob Taylor (10 dismissals, 43 runs, and a 171-run partnership with Botham). The Test is, however, remembered for Gundappa Viswanath recalling Taylor: he was sure Taylor had not edged a Kapil Dev out-swinger. This time the rest day was scheduled after Day One — because of a solar eclipse.

It was a common concept in English domestic cricket: Sunday League matches were often played on the rest days of the County Championship matches. It was, however, unprecedented in international cricket. When it happened, however, Martin Crowe feasted on the Zimbabwean attack, scoring a 163-ball 140 on Day One; an 87-ball 94 in the ODI (on the rest day); and 61 more in the second innings.

The first two Tests of the series — at Edgbaston and Lord’s — did not involve a rest day, but the third at Trent Bridge did. It was eventually a drawn affair (though things could have got tight for India: England would have required a mere 169 for a 2-0 win). The Men’s Singles final at Wimbledon coincided with Day Four of the day, which resulted in a rest day after Day Three.

This was the famous Test where India were skittled for 81 on a treacherous pitch after they were set a target of 120. This was the last Test with a scheduled rest day for a long time. Good Friday fell after Day One, so the administrators decide to “insert” a rest day. None of the other four Tests of the series had a rest day.

The next rest day took place in Sri Lanka in a series where the hosts thwarted Zimbabwe 3-0 (they also dished out a humiliation at SSC, bowling Zimbabwe out for 38; Chaminda Vaas’ 8 for 19 still remains the best by a bowler in ODIs). The Buddhist Full Moon Day led to a rest day after Day Three. Not that it mattered: Zimbabwe succumbed to an innings defeat the next day.

Bangladesh have traditionally been easy meat for Sri Lanka, but on this occasion at Mirpur they put up a spirited fight. Having to chase 521 they reached 403 for 6 before losing their last 4 wickets for 10 runs. A rest day was scheduled after Day Three because of the national elections in Bangladesh.

Till 1981 Tests in England typically started on Thursdays, with Sunday as the rest day. When England took on Rest of the World in the first Test of the series, the election dates were rescheduled. As a result the Test started on Wednesday; Thursday was a rest day; and the usual rest day happened on Sunday. Unfortunately, the series was later scrapped of Test status. 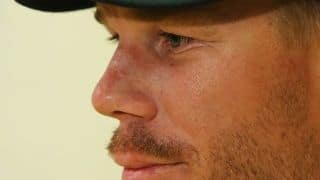 India tour of Australia 2014-15: 1st Test set to be rescheduled as David Warner, Shane Watson and Brad Haddin not ready 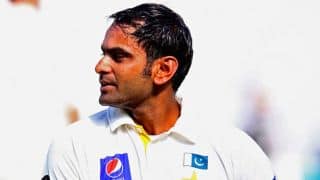