The last time Misbah scored an ODI half-century in a victory was in 2013.

Misbah-ul-Haq’s last One-Day International (ODI) fifty in a victory came against Zimbabwe in August 2013. Since then, he has hit six fifties in unsuccessful causes. What is more surprising is that he averages a paltry 13.50 in victories since September 2013. Nishad Pai Vaidya examines this anomaly and analyses it alongside Misbah’s overall career record.

The last time Misbah-ul-Haq scored a One-Day International (ODI) half-century in a victory was back in August 2013 against Zimbabwe. Since then, Misbah has managed six fifties in the format, but on all those occasions Pakistan have been on the losing side. For years, Misbah has copped a lot of criticism for being slow in one-day cricket and this detail may be fodder for his critics. This streak isn’t a reflection of his career but only an aberration.

Let us have a look at his record in ODIs after his last fifty in a victorious cause. It makes a fascinating case:

Misbah has averaged a paltry 13.5 in Pakistan’s victories since September 2013. But in defeats, the average shoots up to 65.71. This is an anomaly that isn’t seen too often and perhaps reflects the times Misbah comes to the party for the team’s cause. While he may not have contributed with the bat in victories, he has fought tooth and nail to keep them alive in defeats. On many occasions, Misbah has been the lone fighter, with the others falling around him.

In situations where the opposition has had a hold over the Pakistan batting, Misbah has soldiered on. It speaks of his remarkable grit and fight. Though the skeptics may look at it and say that he may be one factor in those defeats, playing gradually and then picking up pace. However, take Misbah out of the side and Pakistan would be searching for stability. For a 40 year old, he is remarkably fit and should continue into the ICC World Cup 2015 if he maintains those levels of performance and fitness.

Though Misbah has been prolific in defeats for almost a year, his overall records makes an impressive read and should dispel doubts about his match-winning abilities. Let us have a look at his overall record in ODIs:

*Five matches were either tied or were abandoned.

Misbah averages almost 50 in victories and has scored 22 of his 37 fifties in ODIs. This is much better as opposed to an average of 37.73 in defeats and 13 fifties. Misbah’s record in victories is impressive and reflects the value he brings to the side with the bat. His overall career strike-rate has been in the 70s and it is fairly acceptable for a batsman who mainly hones his skills in the middle overs and tries to bring them out of trouble.

Misbah isn’t often given credit for his contribution to Pakistan cricket. He may not be a flashy batsman who can dominate from ball one, but you would want him to bat for you in tough situations. In an era where Pakistan have had temperamental stroke-makers, Misbah stands out and brings about much needed calm. Plus, he has been captain for over three years after a period of instability in Pakistan cricket. Sometimes, numbers do not reflect the whole story and that has been the case for Misbah over the last 12 months. 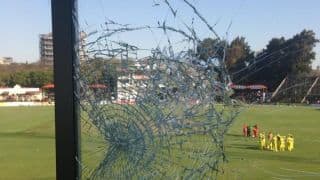