Here is Pakistan's chance to create history as they take on West Indies for the second Test at Bridgetown in Barbados.

The hullabaloo around Younis Khan s 10,000 and Misbah-ul-Haq s 5,000 runs is over, now here is Pakistan’s chance to create history as they take on West Indies for the second Test at Bridgetown in Barbados. Misbah had mentioned that this was one of the motivating factors that made him continue play at the top level. The dream could very much become a possibility now. Pakistan showed all-round brilliance, however, their bowlers were on top with Mohammed Aamer and Yasir Shah running through the West Indies batting line-up. West Indies, on the other hand, had a mixed show and would want their batting to rise, complimenting their bowlers. FULL CRICKET SCORECARD: Pakistan vs West Indies 2017, 2nd Test at Barbados

Pakistan might not tinker with their playing XI in bid to maintain the same momentum. However, West Indies might want to make changes to strengthen their batting. Let us have a look at the possible XI both the teams might ploy in this crucial clash:

Top Order: Azhar Ali and Ahmed Shehzad will be the best bets to open the innings. Both the batsmen could not provide the required starts in the first Test. During Pakistan s series against West Indies in 2016, Azhar had struck his maiden triple-ton. He would be expected to repeat the same heroics this time around. Shehzad, meanwhile, could not continue his ODI form into the Tests and was dismissed for 31 and 6 in the first game. However, Pakistan would persist with the opener who is accustomed to the Caribbean conditions. Babar Azam will bat at No. 3. He repaired the damage done by the opening batsmen in the first Test. He got a fine fifty in the first innings and remained unbeaten in the second on 9.

Middle Order: Pakistan s middle-order comprises blend of the experienced unit along with youngster Asad Shafiq. Even if the top order fails to provide the required start, the middle-order can resurrect the innings. Misbah, Younis, Asad and Sarfraz Ahmed did just that during the first Test. While Younis got to his 10,000 Test runs with a fine fifty, Misbah was stranded on 99 and completed 5,000 Test runs. Asad and Sarfraz were impressive. If these batsmen continue the momentum in the second Test, Pakistan will be the favourites for the contest.

Bowlers: The bowling department is spearheaded by Mohammed Aamer amongst the pacers and Yasir Shah amongst the spinners. With Hasan Ali doubtful for the remainder of the series, the onus will once again be on Aamer and Wahab Riaz. The latter conceded way too many runs, although he covered up with a stunning catch of Roston Chase. Meanwhile, debutant Mohammad Abbas made a decent start to his Test career scalping 3 wickets for 98 runs. But it was Yasir who was the driving force for Pakistan s victory.

Top Order: Hosts will continue with Kraigg Brathwaite and Kieran Powell to open their innings. Brathwaite had a forgettable first Test and would hope to begin the series on a fresh note. He will look to replicate the form he showed in the UAE against the same opposition in 2016-17. Powell, on the other hand, took charge at the top when he lost out on his partner early on. Shimron Hetmyer tried to replicate his performance from the warm-up where he scored 99 and quick-fire 22 but was unable to do the same. West Indies will still pick him.

Middle Order: West Indies middle-order have a mixed combination and most likely would make a change here. Shai Hope had a poor run in the first Test being bowled out for single digit-scores and along with him Vishaul Singh had a disappointing start as well. Chances of Jermaine Blackwood s entry in the playing XI are high to change their fortunes. He had a great outing against Pakistan at the UAE ending up with 172 runs.

But if there were any batsmen who anchored their innings in the previous game were Chase and Shane Dowrich. Chase, who had a promising beginning to his Test career, continued his form notching a fifty. He also came handy with the ball claiming a wicket in the first innings. The wicketkeeper-batsman Dowrich has improved with every passing innings and his 130-ball 56 was extremely important for West Indies. If West Indies top-order fails to provide early starts, the tweaked middle order has the capability to revive the game.

Bowlers: If there is any department who stood tall for West Indies was their bowling. Shanon Gabriel and Alzarri Joseph shared 8 wickets while Holder got apiece. Holder also scored a fifty lower down the order. Supporting him at the other end was Bishoo who showed skills with the bat and also bagged 2 wickets in the first Test. With Chase and Brathwaite also helping with bowling, West Indies have options to play around with. 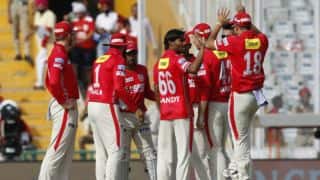 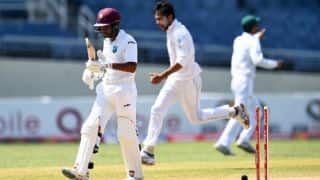