Cricket, more than ever, needs Pakistan to host international games. The players who envisaged boasting of the green jersey in their own country, deserve to live their dream. We must now thank ICC for the wonderful initiative.

The PSL final earlier this year was a big hit at Gaddafi Stadium in Lahore. The Pakistan government had beefed up the security to ensure international players across the globe did not opt out. The spectators came in big numbers, and the final was played without any trouble. Fans, cricketers, broadcasters, organisers, PCB, everyone had a good time, watching quality cricket something the country was barred from hosting after the infamous terror attack on the Sri Lankan team in 2009. Ever since, only Zimbabwe and Afghanistan dared to tour Pakistan.

It is an excellent gesture from ICC to organise a spectacle between Pakistan and World XI, reviving international cricket in the country. And rightly, they named it Independence Cup, comprising three T20 internationals.

World XI will be led by Faf du Plessis, T20I captain of South Africa. Ahead of the first match, du Plessis said, It s not every day you get an opportunity to play in something that is much more than just about yourself and your own team or your own country.

He is right. This is about cricket above all. Misbah-ul-Haq had taken Pakistan to No. 1 in Tests without leading his team on own soil. They were forced to shift base to UAE, a place that witnesses only a handful of spectators. The only noise that echoed the stadiums was that of the modern-day commentators. Cricket, more than ever, needs Pakistan to host international games. The players who envisaged boasting of the green jersey in their own country, deserve to live their dream. We must now thank ICC for the wonderful initiative.

We, as the World XI, would also like to offer our sympathy and condolences to all those who have lost their loved ones in terrorist acts in Pakistan … These cricketers are here to play their part in the safe and steady return of international cricket in Pakistan, so that the enthusiastic and diehard fans and followers of Pakistan cricket can once again start watching their stars in their own backyard, added du Plessis.

There are five South Africans, three Australians, two West Indians, one each from Bangladesh, New Zealand, Sri Lanka, and England in the World XI team.

Coached by Andy Flower, the only wicketkeeper in the side is Tim Paine. As a result, the captain and he are certain in the playing XI.

The World XI have a mighty batting line-up, also bragging of three pace-bowling all-rounders in Collingwood, Cutting, and Sammy.

Three spin-bowling all-rounders in Malik, Imad, and Shadab are enough to catch the visitors in a maze. If there is bounce on offer, the pace trio of Hasan, Aamer, and Sohail can rock the opposition with sheer pace. Otherwise, Pakistan have a balanced batting unit.

Although this series is played for a cause, both teams will leave no stone unturned to lift the cup. It is about competition nonetheless, and all eyes will be on this series as the entire world would be eager to finally see an international match in Pakistan.

“Everybody had the courage and the confidence to play here and that was essential for this series,” PCB Chairman Najam Sethi thanked the World XI players for agreeing to the tour.

With this, cricket finally gets what it deserves 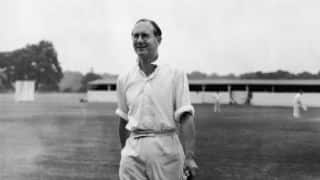 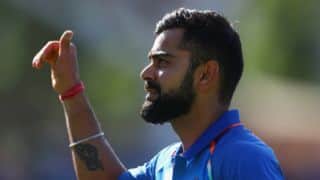 India vs Australia series: Both sides eye No. 1 ODI rankings