If tough rules don’t come in place, cricket boards will continue to exploit the system.

Pakistan, West Indies and Zimbabwe were supposed to play a tri-series in Zimbabwe. The series was to double up as a virtual qualifying round for West Indies and Pakistan to book a berth in the ICC Champions Trophy 2017. However, after confirming themselves a place by virtue of a series win in Sri Lanka, Pakistan promptly pulled out of the tri-series so as to not jeopardise their chances. Rishad D’Souza feels the move lacked sporting spirit.

The dynamics of world cricket has changed heavily by the emergence of Bangladesh as a formidable One-Day International (ODI) team. Riding on the back of series wins against Zimbabwe, Pakistan, India and then South Africa, Bangladesh all but ensured a berth for themselves in the ICC Champions Trophy 2017. Pakistan tour of Zimbabwe officially called off

This emergence created a situation where either of Pakistan or West Indies would be left out of the eight-team tournament. Even before Bangladesh’s series against South Africa, authorities for Pakistan Cricket Board (PCB)and West Indies Cricket Board (WICB )quickly announced a tri-series in Zimbabwe which create a possibility that both team would qualify, leaving Bangladesh to lick their wounds.

However, the decision was based on the assumption that an almost full-strength South Africa would halt a rampant Bangladesh. Bangladesh proved the assumption wrong winning the series 2-1.  After this feat, it was a certainty that Pakistan or West Indies would indeed not make the cut. The plans for the tri-series stayed in place though as it would be the ultimate determining factor about who between Pakistan and West Indies would become the eighth and final qualifying team. Wahab Riaz ruled out of Pakistan’s T20 series in Sri Lanka

Thanks to a strong away performance by Pakistan in Sri Lanka which saw them win the series and in process generate sufficient points to finish in the top eight without the tri-series. In all likeliness, if they were to go ahead with the tri-series, Pakistan would have qualified unless they performed horribly.

Despite this, Pakistan decided to take the unsporting decision of ‘postponing’ the series, which effectively has left West Indies with no chance to come back into contention. Though West Indies could go ahead with a bilateral series with Zimbabwe, the points gained from beating a lower-ranked team won’t suffice to surpass Pakistan’s rating, which took a boost from beating a higher-ranked Sri Lanka. Mohammad Hafeez playing like a champion, says Rameez Raja

What is more disturbing than Pakistan’s far-from-heroic decision is the ease with which teams are allowed to tamper with international commitments. The PCB chief was quick to state that Pakistan had not confirmed the tour, however without much doubt the series would indeed have transpired had Pakistan still been hanging in the balance.

The elimination of the Future Tour Programme (FTP) in favour of series’ based on bilateral agreements has enabled teams to arrange matches according to their whims and fancies and to withdraw from them with equal ease. The PCB by their unethical actions have exposed chinks in the present set up. They manipulated their participation status in their series based on their rating points. Shahryar Khan: PCB never agreed to play tri-series in Zimbabwe

In order to put a curb on such practices the International Cricket Council (ICC) should employ a rule which disallows teams to schedule series at short notice. Ideally, there should be at least a three-month gap between time of series finalisation and start of the respective series. And, it should be ensured that series schedule can’t be tampered with after finalisation and in case of withdrawal from such contracts the defaulting party should be heavily penalised.

If tough rules don’t come in place, cricket boards will continue to exploit the system and it will result in a lot of unfairness. Wasim Akram: Pakistan’s pace bowling reservoir will never dry up 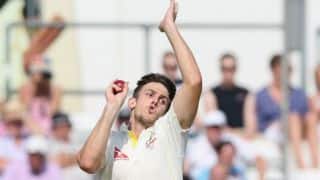 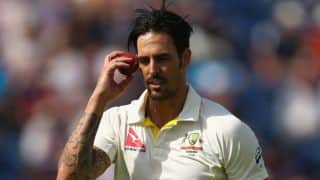