The Rs.1,76,000 crores question now on everyone’s mind is this: Why did Harvinder Singh slap Union Agriculture Minister, Sharad Pawar at the NDMC meet in front of cameras? Was it a mindless act of frustration? Was it a symbolic protest against Pawar’s alleged corruption? Was the gutsy Sardar aggrieved by the Union Government’s policy paralysis and failure to rein in inflation?

CBI officials, who are thoroughly probing all angles, contend that there is more to this than meets the eye. CBI Director, A P Singh, was kind enough to share some leads that the country’s premier intelligence agency is strenuously pursuing to crack the case:

#1: Harvinder Singh may actually have been Harbhajan Singh in disguise:

There is strong circumstantial evidence to support this otherwise far-fetched theory: For one, Harvinder Singh was screaming ‘Have I made it large?’ even as police officials were dragging him away from the scene of the ‘crime’ apart from the obvious similarities in the names.

And then consider the motive: Out of favour with the Indian selectors, and with the IPL a long way away, Harbhajan has had no one to share the dressing room with and no annoying Mallu to slap. The tipping point might have come after Harbhajan got mind-scrambled watching the West Indian batsmen score over 500 runs on a slow Wankhede pitch during the first two days of the ongoing Test between India and the West Indies, prompting the feisty off-spinner to land up at the NDMC meet and vent his frustration by delivering the thappad to the ICC president.

“We are close to getting a confession from the Sardar. He has already admitted that he is called ‘Vhajji’ by friends and keeps shouting ‘doosra’ every time we land a blow on his face,” revealed inspector Dhruv Singh, head of CBI’s third degree interrogation cell.

#2: This was a conspiracy to displace ‘Kolaveri Di’ as the most downloaded YouTube video:

Ever since ‘Kolaveri Di’ became a rage on YouTube and Facebook, the Punjabi Bhangda Association has been trying to come up with a bonafide Punjabi hit and stop the southern juggernaut. And it seems to have worked: Harvinder Singh’s ‘hit’ has, at least temporarily, displaced ‘Kolaveri Di’ from the charts, with the YouTube video of the slap getting more downloads then even the catchy Dhanush tune.

#3: Ploy to revive use of Snickometer, Hotspot:

Ever since the Board of Control for Cricket in India (BCCI) cast aspersions over the accuracy of Hotspot and Snickometer in reviewing appeals, BBG Sports, the Australian company that owns these technologies, has been looking for a way to get back into favour with the world’s richest cricketing body and indeed the world’s most cricket-crazy nation.

Minutes after the ICC President was slapped, super slo-mo replays of the “nick” were broadcast several hundred times on national television channels. Even as Aaj Tak and India TV’s backroom editors were dexterously identifying the frames with the best possible angle of the “nick” and marking the point of impact with bright red circles, the entire country was treated to a fine demonstration of the efficacy and utility of HotSpot and Snickometer.

Sharad Pawar, after having been trapped embarrassingly plumb in front, is now reportedly so pleased with these cutting edge technologies that he had directed BCCI to induct them into the UDRS (Umpire Decion Review System) for all international matches.

After relentlessly spewing economic gobbledygook and crunching mind-numbing GDP statistics for nearly a decade, Montek Singh Ahluwalia is ready to tear his hair out. Sources in the Ahluwalia household reveal that Monty has become increasingly cranky over the last year, and keeps replaying Sunny Deol’s Gadar late into the nights. It may well be that the Planning Commission czar has finally thrown his economics tomes out of the window and decided to do something more radical to manage the Indian economy. And what better way to do so than by taking a swing at Sharad Pawar – the minister who has been singularly responsible for Monty’s worst nightmare over the past one year – food price inflation. 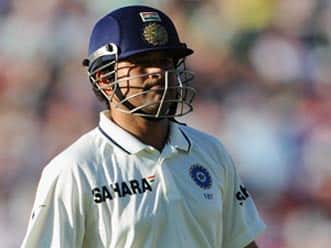