Hughes became the seventh youngest Test cricketer to die at the age of 25.

Phil Hughes, aged 25, passed away on November 27, 2014 to leave the cricket world in a state of shock. The left-hander was one of the exciting young cricketers in Australia and leaves behind many memories for his fellow players and fans. Nishad Pai Vaidya picks ten facts one must know about Hughes.

1. Growing up on a banana farm

Hughes was born in a small town of Macksville, New South Wales. His father Greg ran a banana farm. He has two siblings, Jason and Megan.

Hughes father Greg bowled to him in the backyard every day after he had finished school. Later on, Greg was able to organize a bowling machine. He once stated that Hughes played about 120 to 150 balls every day.

At the raw age of 12, Hughes made his debut for the Macksville RSL Cricket Club. He was up against grown men with a lot of experience in club cricket.

4. Youngest since Michael Clarke to play for New South Wales

In November 2007, Hughes became the youngest player to represent New South Wales in First-Class cricket since Michael Clarke. Hughes was only 18 years old and was only 10 days away from his 19th birthday.

5. Youngest to score two tons in a Test match

Replacing Matthew Hayden, Hughes became the 408th player to represent Australia in Test cricket during the tour to South Africa in 2009. He was only 20 when he received the coveted Baggy Green. He made his debut in Johannesburg and started with a blob. In the second innings, he hit fifty. In the second Test in Durban, he smashed tons in each innings to become the youngest to do so.

Hughes became the first Australian to hit a century on One-Day International (ODI) debut. Making his debut at the Melbourne Cricket Ground (MCG) against Sri Lanka in 2013, Hughes smashed 112 while opening the batting.

7. First Australian to score a List A double century

Phil Hughes has a namesake in the Major League Baseball. The pitcher plays for Minnesota Twins. There is another Phil Hughes who has played First-Class cricket for Cambridge.

Despite staying away from home for a major part of the year, Hughes was always connected to his roots in Macksville. Having grown in a farm, he was rooted in the culture of the farm. The Cricket Australia website says that one of his passions was to breed Angus cattle with the name Four O Eight Angus. The Four O Eight refers to his Baggy Green number. 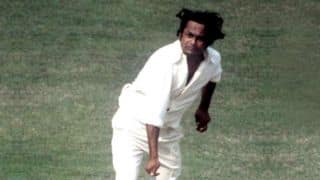