A very handy batsman, Chawla is usually considered as an all-rounder in the domestic circuit and has five centuries in First-Class cricket to his name.

Born, December 24, 1988, Piyush Pramod Chawla is an Indian cricketer who was once said to be the next Anil Kumble of India. Also a very handy batsman, Chawla is usually considered as an all-rounder in the domestic circuit and has five centuries in First-Class cricket to his name. On his 27th birthday, Abhishek Kumar takes out 15 little-known facts about him.

1.  Second youngest cricketer of India: Sachin Tendulkar is the youngest Test cricketer for India and after him, it is Chawla’s name that finds the mention on the list. He became the second youngest player to play for India in the longer formats. At the age 17 years and 75 days, Chawla made his Test debut for India on March 9, 2006 against England.

2.  Most cherished wicket: Taking the prized wicket of the batting-legend Tendulkar is always very special for any bowler and Chawla is no different. He did the same, that too when he was just 16, in a domestic match. According to Chawla, that is the most cherished wicket for him.

4.  All rounder or a specialist leg spinner: When he plays for Indian cricket team, Chawla is considered as a specialist leg-spinner but in domestic circuit, he is known as a genuine all-rounder who can turn the match with both his ball and bat.

5.  County stint: In the year 2009, Chawla signed for Sussex County Cricket Club. He took eight wickets in his first match against Worcestershire and also scored 102 not out from 86 balls while batting at number nine. For the next two years, Chawla didn’t play any County cricket but returned in August 2013 by joining Somerset as their overseas player for the last five weeks of the season.

6.  His favourite Uttar Pradesh (UP) phrase: In an interview with EspnCricinfo, Chawla was asked about his favourite UP phrase and he said, “Chida rahe ho, boss? (You teasing me, mate?)”

7.  The dream game: In the same interview, Chawla also revealed that he would love to pay to watch a match where Tendulkar faces his one of the oldest rivals Shane Warne.

8.  His nick-name: Many parents have a habit of giving a different name to their children, by which they call them usually at home, other than the original name. Chawla is often called with the nick-name of ‘Paras’, which means a stone that turns anything it touches into gold.

9.  Advice from Anil Kumble: Once Chawla was dropped from the Indian side and during that period, Kumble’s advice worked as a motivation for him. Kumble said, “Play your cricket, enjoy your cricket and just give it your best shot. Everything will fall into place.”

10.  Players against whom he dared to bowl: Any bowler from the world once feared of bowling against the likes of Yuvraj Singh, MS Dhoni and Virender Sehwag. Chawla is among those bowlers who dared to bowl to them. He once said during an interview that he loves to bwol to the hard-hitters.

11.  The winning hit in IPL 2014: In the year 2014, he was bought by Kolkata Knight Riders (KKR), and proved to be very useful buy for his franchisee. He played 11 matches in that season and took 14 wickets. In the final match against his previous home side — Kings XI Punjab, Chawla hit the winning shot with a boundary and helped win KKR their second IPL title. In this course, he also hit a six to Mitchell Johnson on the last ball of 19th over and when asked about that he said, “The short ball was coming anytime”.

12.  Advantage of being short-heighted: In cricket, being short-heighted is at times a boon rather than a curse for a player. There are many cricket greats who excelled despite not having a very good height and one of them is Tendulkar. When Chawla was asked on his height he said, “As a leg-spinner, it allows me to flight the ball nicely. And most of the greats are short — Brian Lara, Ricky Ponting, Sachin paaji, Sunil Sir [Gavaskar], they all are short. I want to follow in their footsteps.”

13.  Funny incident with umpire: In a practice game against Australia in 2008 at Hyderabad, Chawla deliberately did not deliver the ball and just went through the motion by rolling his arm over and the umpire signalled no-ball for overstepping. Chawla was surprised as the ball was still in his hand and he apologised immediately to the umpire.

14.  Best ball by a leg spinner: For every cricket fanatic, Shane Warne’s ball of the century in the 1993 Ashes to Mike Gatting is one of the best balls in the history of cricket and the same goes with Chawla. There was one more delivery by Warne which he considers amongst the best balls by a leg-spinner which was in 2005 Ashes. 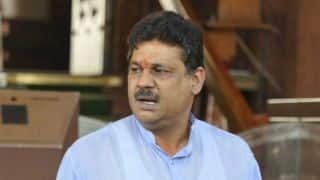 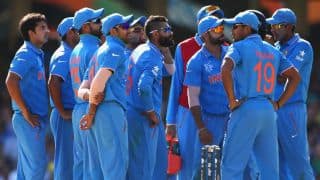