Basheshar Khanna and Richard Jones are the only ones to take a wicket with their only balls in First-Class cricket.

July 16, 1935. It was a Tuesday at Headingley, Leeds, and the last day of the third Test between England, under the leadership of Bob Wyatt, and South Africa, captained by Herby Wade. A delayed England declaration in their second innings meant that South Africa were left with a victory target of 340 runs in just over four-and-a-half hours. In the last session of the third and last day, the South Africans lost their 4th wicket, that of Bruce Mitchell, on 111. Wade was holding one end up when in walked wicket-keeper Jock Cameron, shortly before 5 o’clock. The two worked hard to cope with the difficult situation with some dour batting, not pretty, but effective. The 5th wicket gradually realised 83. ALSO READ: Bob Wyatt: Combative, correct and a respected captain

Wyatt, having tried out almost everyone who could turn his hand over, threw the ball to one of the four debutants in the England team, a typical product of Yorkshire known primarily for his textbook batting, Wilf Barber. Barber was to be the 8th bowler in the sequence. Barber was known to be an occasional right-arm medium-paced bowler, and was to finish his First-Class career with 16 wickets. Well, his first ball in Test cricket probably went unnoticed in the larger scheme of things, but he disposed of Cameron with his second ball in Test cricket, stumped by the legendary Les Ames for 49. South Africa were within 146 runs of victory with half their wickets intact when the Test ended in a draw at the fall of the wicket.

Barber was to play only one more Test in his life, and he never bowled another ball in his Test career. The cricket world was in a tizzy: Barber had very nearly accomplished the unthinkable feat of taking a wicket with his only ball in Test cricket! Statisticians were in transports of delight at the delicious thought of the near miracle. However, the cricketing Gods had probably decided that that would be going too far, and Barber made his mark in cricket history as the man who took a wicket with his second (and last) ball in Test cricket.

That is not to say, however, that the feat of taking a wicket with the only ball ever bowled in a career has never been accomplished in senior cricket. Never in Test cricket, of course, but this has been done in First class cricket, not once, but twice till date.

In a first class span from 1922-23 to 1927-28, Basheshar Nath Khanna played 7 First-Class matches, mainly for The Hindus and one match, his last, for Northern India. In all, he scored 115 runs from 12 innings with a highest score of 32 and an average of 9.58: a very modest career effort, one would think. He would have been just one more nondescript name in the annals of First-Class cricket in India, had it not been for his very last first class game.

Khanna was invited to lead Northern India team against Punjab Governor’s XI. This was 12-a-side one-off match to be played at Lawrence Gardens, Lahore from March 24 to 26, 1928. Charles Kindersley, captain of the Punjab Governor’s XI, won the toss and put the opposition in. Iftikharuddin (73) top-scored for Northern India in their first innings total of 211, the skipper failing to open his account.

In reply, the Punjab Governor’s XI ran up a total of 368 all out, with Henry Power contributing 136. In an effort to stem the flow of runs and to pick up the wickets, Khanna pressed five bowlers into the attack before exercising his captain’s prerogative and taking the ball himself. His very first ball, the only one he was to ever bowl in First-Class cricket, took the last wicket, that of Norman Burrell, stumped by Dilawar Hussain, for 7.

Northern India could only manage 92 the second time around, the captain opening the innings himself and contributing 4. They lost the match by an innings and 65 runs. At the conclusion of the match, Khanna bowed out of First-Class cricket and into cricketing fame as being the first man to take a wicket with his only ball in first class cricket, carrying the names of his victim and the ‘keeper into the record books.

The scene now shifts to The Antipodes, to New Zealand, for another astonishing feat

Richard Andrew Jones (not to be confused with Richard Alan Jones, the English cricketer who has represented 3 teams in the County Championship) was born in 1973 in Auckland. A right-hand batsman, he played 124 First-Class games, mainly for his native Auckland (from 1993-94 to 2009-10). He also represented Wellington in the domestic First-Class tournament from 2000-01 to 2003-04. He also played a solitary Test, against Pakistan at Wellington in December 2003, scoring 16 and 7.

His First-Class aggregate stands at 7,254 runs from 215 innings with a highest of 201 and a reasonable average of 35.73. He scored 19 centuries and 33 fifties in his first class career.

It was the 43rd match of his First-Class career, and Jones was paying for Wellington by now. The 4-day Shell Trophy match against Northern Districts was played at the Basin Reserve from February 23 to 26, 2001. Northern Districts captain-cum-wicketkeeper Robbie Hart decided to take first strike. The first innings finished at 315 all out with a contribution of 55 from Matthew Hart, the skipper’s brother.

Wellington scored 508 all out in their first innings, Jones top-scoring with 147 at the top of the order. He shared a 154-run opening partnership with captain Matthew Bell (64), before being caught and bowled by Grant Bradburn. ALSO READ: Matthew Bell: New Zealand opening batsman who achieved modest success at Test level

In the Northern Districts second innings total of 247 for 6, Bradburn turned out to be the other centurion of the match, with 104. Captain Matthew Bell used ten bowlers in this innings, only wicketkeeper Chris Nevin not having a bowl. Jones, 10th man on the bowling sequence, bowled only one delivery, but that was good enough to repay the compliment to Bradburn, who was dismissed caught by Nevin, to bring about a closure to the proceedings in a drawn match. Jones never bowled again in his First-Class career, but bowed out from First-Class cricket with a flourish, scoring 89 and 170 not out for Auckland against Canterbury at Auckland in after his last match. 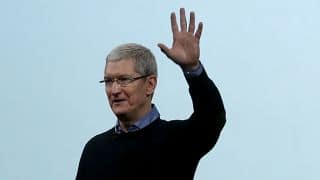