Down with Parkinson’s disease and debt, Graeme Pollock lives in a state of paucity.

Down with Parkinson’s disease and debt, Graeme Pollock lives in a state of paucity, unable to pay for his own treatment. Abhishek Mukherjee pleads to the boards and franchises worldwide to come to the aid of arguably the greatest batsman in South Africa’s history.

If you wish to assist Graeme Pollock, please contact his agent Basil O’Hagan at basil@bohmarketing.co.za or call on +27834124459.

Put a 20-Test cut-off, and Graeme Pollock, with 2,256 runs at 60.97, ranks next to only Don Bradman (who does not count). The statistic itself is enough to put him in the pantheon of the all-time greats. Bowlers — the greatest of them — have bowed before him; but not life.

Pollock had incurred a heavy loss (to the extent of $250,000) in his brokerage business; unfortunately, he was diagnosed with Parkinson’s, followed by colon cancer. As if that was not enough, a recent stroke has curbed his movement, which means that the 70-year old is unable to take up a job.

The legend, already homebound, is now struggling to keep his creditors off. Pollock’s agent Basil O’Hagan has admitted in an interview with Vijay Tagore of Mumbai Mirror: “Financially, Graeme (Pollock) is fighting to keep the wolves from his door. It’s really sad to see someone who brought so much joy to cricket, in this position.”

Unfortunately, Cricket South Africa (CSA) does not have a policy of providing financial help to former cricketers. As a result, Pollock — the man who was never lured by money and remained one of the few who did not play in the County Championship during South Africa’s ban — has turned to The Board of Control for Cricket in India (BCCI). According to many, he was also one of the finest gentlemen to have graced the sport.

Pollock told Mumbai Mirror: “There is not much one can do as an old South African cricketer. Unlike in India, the system here does not support retired players. I have heard that the Indian board disbursed money to former cricketers and has set up a system of monthly pension. We’ve no such privileges here.”

O’Hagan has also mentioned that despite his medical conditions Pollock would not mind being a part of the Indian Premier League (IPL) — as a mentor of a team or in some other role — to pay off his debts; we are not even talking medical expenses here.

CSA, do you realise that if a national hero of Pollock’s stature can be treated this way, youngsters will not be looking forward to a career in cricket? Not everyone would become a Dale Steyn or an AB de Villiers. Where is the certainty of the future of the average First-Class cricketer after he quits cricket?

As for all cricket boards, other governing bodies, and franchises owning Twenty20 teams in numerous competitions: please come to the aid of one of the greatest names in the history of the sport. If you want to show some respect that has made you rich, this is your moment.

Do rise to the occasion. Please. 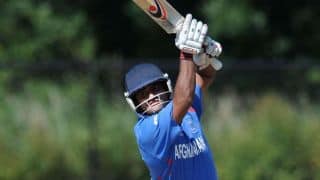