McCullum on Tuesday announced that he would retire from international cricket after the second Test against Australia at home in February.

Over the years, New Zealand have produced some great cricketers. We talk of the Hadlees, Crowes, Cairns and Vettoris, and their massive contribution to the game. But in general, New Zealand historically hasn’t been a side that has boasted too many stars and the talks in world cricket circle have been restricted to the stardom of big players who have emerged from the nations like India, Australia, England, Pakistan, South Africa and even Sri Lanka for that matter. Read: Brendon McCullum’s contribution unmatched; would have been key to New Zealand’s chances in ICC World T20 2016

Brendon McCullum has converted a talented New Zealand side to a world-class unit who have tasted a lot of success in the recent past. Be it his fearless batting, brilliant fielding or aggressive captaincy, McCullum has redefined the way the game is played. He is easily New Zealand’s most successful captain when we look at the percentage wins. Read: Brendon McCullum to retire from international cricket in February: Twitter reactions

McCullum on Tuesday announced that he would retire from international cricket after the second Test against Australia at home in February. The New Zealand skipper will not play the ICC World T20 event in India that starts the following month. McCullum is the highest run-getter in T20I with 2,140 runs from 71 games. He is the only batsman in T20Is to register two hundreds in the format.

The reason for this abrupt decision is that he wants to end his international career in front of his home crowd. His experience will be sorely missed by New Zealand in the marquee tournament, as he has been one of the greatest T20 cricketers the world has seen. What do you think? 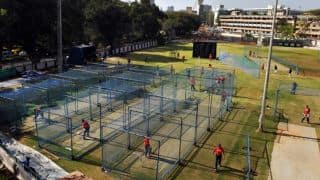