Prakash Bhandari scored a double-hundred and took 9 wickets in a Ranji Trophy match.

Prakash Bhandari, born November 27, 1935, was a domestic stalwart. Abhishek Mukherjee looks at the career of a man who, had he been born a few decades later, could have been a champion in limited-overs cricket.

Like several of his contemporaries, Prakash Bhandari could have ruled the limited-overs format with his all-round cricket prowess. Instead, he remained a quality domestic cricketer, known for his all-round abilities, having to shift from Delhi to Bengal to Bihar throughout his career.

Standing at 5’7½”, the hard-hitting Bhandari used his feet to great effect. He was usually reputed for his strokeplay, but he was a deceptively good off-spinner and an excellent outfielder. While his 2,552 runs came at 32.71 with 4 hundreds, his 122 wickets (with 7 five-wicket hauls) cost him 28.24 apiece. This included 3 Tests spread across three series, but the selectors can hardly be blamed for his ordinary performance at the top level.

Bhandari’s father was a contractor in Delhi. Bhandari grew up playing cricket, and was called up out of nowhere to make his First-Class debut for North Zone against the touring Pakistanis. The 16-year old did not disappoint: he picked up ran through the Pakistan line-up with 5 for 39 (including wickets of Hanif Mohammad and Abdul Hafeez Kardar) as they collapsed from 202 for 2 to 319.

Next year’s Rohinton Baria Trophy saw him rout Agra University with 6 for 34 and 3 for 35 after scoring 114.  By then both Sabherwal and Bhandari had become regulars for Delhi. Bhandari took a match haul of 7 for 94 (Sabherwal took 4 for 60) against Patiala as Delhi won easily. Included a star-studded Silver Jubilee XI to play Bombay, Bhandari scored a quick 80 batting at No. 9. He was selected for India’s first tour to Pakistan.

Bhandari started with 3 for 52 (this included Alimuddin, Waqar Hasan, and Wazir Mohammad) against Karachi, but did nothing else of note on the tour. However, with the series producing no result after 4 Tests, Bhandari was drafted in for the final Test at Karachi.

Pakistan were bowled out for 162 by Gulabrai Ramchand with some help from debutant Jasu Patel, but they struck back: Khan Mohammad and Fazal Mahmood took 5 wickets each, and India were skittled for 145. Batting at No. 8 Bhandari scored 19 before Khan Mohammad ran through his defence: it was the second-highest for the side after Pankaj Roy’s 37.

Rain took away a chunk of Day Three, and the match fizzled out to a draw after India scored 69 for 2 in an improbable pursuit of 259. It was perhaps a tad surprising that Bhandari was not given an over, especially during the 155-run stand between Alimuddin and Kardar in the second innings.

India had gone up 1-0 during the 1955-56 Test against New Zealand, and Bhandari was included in the team for the third Test. There was little the bowlers could do, as Bert Sutcliffe slammed an unbeaten 230, and Harry Cave declared at 450 for 2. India responded with 531 for 7, and the Test was drawn after New Zealand scored 112 for one. Bhandari scored a quick 39 before Tony MacGibbon bowled him, and sent down 13 overs in the match for 39.

He was dropped for the rest of the series, but did well against the tourists for Indian Universities, taking 6 for 50 and bowling out the Kiwis for 173. He earned another recall next season against Ian Johnson’s Australians at Eden Gardens. In a Test when none of the sides managed to reach 200 even once, Australia won comfortably thanks to an 11-wicket haul by Richie Benaud (Ghulam Ahmed’s 10-for went in vain). Bhandari scored 17 and 2, and did not play again. He was not even 21.

He started the next season in style with 5 for 60 and 5 for 50 against Eastern Punjab, followed by 105 against Services, both. Then came the big match against Patiala, where he slammed a career-best of 227 before routing the hosts with 4 for 34 and 5 for 47. Barring Bapu Nadkarni nobody else has scored a double-hundred and taken 9 wickets in a Ranji Trophy match.

Bhandari took up a job at Tata during his playing days. He moved to Bengal in 1960-61, scored 33 and 56 against the touring Pakistanis, and scored 58 and 111* (in 68 minutes) and claimed 7 for 141 (after taking 8 in the previous match) against Rajasthan. The hundred came in exactly an hour, and remained the fastest hundred in Indian First-Class cricket for some time.

Moving back to Delhi the following season he picked out Punjab for 202 not out in 210 minutes. It was an incredible innings, given the fact that he had come out at 42 for 5, and he helped Delhi recover from 54 for 6 to 337 for 8. He moved to Bihar the next season, and almost immediately picked up a career-best haul of 7 for 54 against Orissa.

He quit Ranji Trophy after that season, though he played for RK Mody’s XI in Moin-ud-Dowlah Gold Cup that season and the one that followed. However, he continued to remain a mentor for the younger generations. As KR Wadhwaney wrote in Indian Cricket Controversies, Bishan Bedi admitted: “Prakash Bhandari is a shrewd cricketing brain and discussion with him when he played for Delhi after semi-retirement for more than a decade was highly rewarding.” 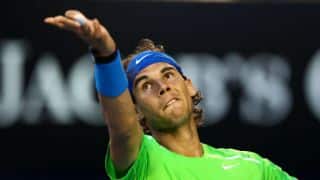 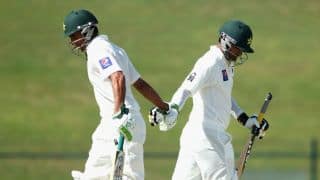