Amidst this momentous occasion of South Africa's re-admission and alongside the 10 South Africans, waited one Indian for his international debut Pravin Amre.

November 10, 1991, is a special day in history of cricket. After an exile of over two decades that saw many flourishing careers coming to abrupt ends and many promising cricketers being confined to greatness in domestic cricket, South Africa were readmitted in international cricket. Clive Rice had a massive reputation but at 42, leading South Africa in their first-ever series in more than 20 years was an honour no doubt but a challenge unmatched as a professional cricketer. The South African side got a red carpet welcome in the city of Calcutta, and Eden Gardens had geared itself with a capacity 100,000 to welcome the South Africans. Amidst this hullabaloo, and alongside 10 South Africans (Kepler Wessels had played for Australia before), waited one Indian for his international debut Pravin Amre.

Amre had made his debut for Bombay (now Mumbai) in the 1986-87 season and moved to Railways at behest of his coach, the reason being job security before joining Rajasthan. He broke open the selection doors. By then he had 1,862 runs in First-Class cricket at 88.67. But not many cared. The smoggy morning was all about the South African hype, the felicitations and Eden Gardens. In the dressing room awaited an anxious 23-year-old Amre, who would go onto be the 82nd ODI player for India.

“For any cricketer, breaking into the national side is a dream come true. I had my share of struggles to make it to the XI,” recalled Amre in an exclusive chat with CricketCountry.

“Then it was Calcutta. The occasion was huge. It was noisy and there were 100,000 in the stands. I was playing my first game for India and there were nerves. It was a red carpet moment. We hosted South Africa on their return to cricket. The occasion took the centre stage but I had a lot to prove,” added Amre exactly 25 years since that day.

Yes he had a lot to prove. Indian domestic cricket at that time was about surviving against spinners and Amre, being a middle-order batsman, mastered them in home conditions. Strengths can often lead to the addition of unwanted tag.

“The tag was I am a good player against spin and there were ones who doubted my ability to play pace. I wanted to prove that I could excel against pace too,” he said.

Speaking of pace takes us to another debutant Allan Donald. My editor-in-chief Abhishek Mukherjee recalls being in the stands at Eden Gardens and watching the proceedings through square.

“All I saw was a mild puff of dust at the point at which the ball hit the pitch; the next thing I knew was (Dave) Richardson collecting it in his gloves,” he writes in his article, Eden Gardens witnesses South Africa’s return from exile.

India were not used to watching ‘keepers standing at the edge of the 30-yard circle but this was White Lightening, a nickname that stuck to Donald. Amre as a coach is a firm believer in technology. The bowling machines, the PitchVision technology in centre of excellences have transformed coaching for good, but back in 1991, the Indian team had no data no the touring South Africans. All they heard was Donald could bowl in excess of 140 kph, Amre had never faced that speed in India, where he had played all his First-Class games.

“Before this game I had never seen myself batting on screen. This was my first game for India. Adjustment was the key. Good players adjust in short time. We did not know anything about South Africa. There was no data or video available. We had no videos of Allan Donald too.

All my life I had played on Indian wickets and no one bowled 140 kph back then. We knew they were quick but had no idea on how quick. There was no bowling machine to practice. I visualised the speed and adapted accordingly,” Amre spoke about his preparation on the first innings.

South Africa managed 177 for 8 from 47 overs. Amre had a good outing, scalping two brilliant catches. The 25-year-old Donald lived up to his reputation and sent back Ravi Shastri in the first over. When Indian skipper Mohammad Azharuddin was stumped off Tim Shaw’s left-arm spin, India found themselves reeling at 60 for 4.

Amidst the high decibels and upbeat South Africans, Amre walked out in the middle, joining his Sharadashram Vidyamandir junior Sachin Tendulkar, who was still in his teens but had made a massive reputation for himself.

“White Lightening (Donald) was in full flow. I still remember while chasing we were 60 for 4 when I joined Sachin at crease. It was a coincidence that two from Sharadashram School who trained under same guru Ramakant Achrekar-Sir were in the middle, bailing out India. Playing together during childhood and replicating the same for your national side is a different challenge. We got a good partnership under pressure. Both me and Tendulkar went on to get crucial fifties,” Amre remembers fondly.

The two added 56 for the fifth wicket. Tendulkar’s 73-ball 62 put India in a good position but at 116 for 5, the job was still far from over. Amre continued the fight. Tendulkar was all about flamboyance while Amre’s stay was more about grit. He tapped the bat hard on the crease. Abhishek Mukherjee’s article notes: “… he hit the ground with the bat so hard that it seemed he might dent the pitch if he was there for a few hours: the thak-thak could be heard in the gallery.”

Amre was patient, efficient and was in control during his stay. He took charge once Tendulkar departed and was involved in two crucial partnerships, one with Kapil Dev and the other with Manoj Prabhakar.

With a run needed to win, Donald trapped Amre leg-before and thus ended a fine show. Amre’s 55 off 74 balls consisted 8 fours and a six, and more importantly saw India through. He was Donald’s fifth wicket. His figures read 8.4-0-29-5 and he was then only the third bowler to take a five-for on his ODI debut.

“Scores were level when I got out. My only regret was not staying till the end and scoring the winning run. We won the game, that matters and it was a great moment,” said Amre, who like many others thought that a batting star was born in international cricket.

It was a bit unfortunate that Tendulkar and Donald shared the Man of the Match award, and not Amre, who shepherded India to the winning line. But let us leave the word ‘unfortunate’ for bigger things to describe the international career of the man.

Amre’s love-affair with South Africa continued. He struck a ton at Durban on Test debut a year later, becoming only the second cricketer (after Wessels) to score a hundred on Test debut and a fifty on ODI debut. When he represented Boland, he became the first Indian to play in South African domestic cricket. Despite the glittering shows in his short international career, he was forgotten and though the experience remains bitter, he does not like to dwell in the past and rather than cribbing, he has long pressed the ‘move on’ button. And well after his career was over, Amre would go on to coach the current stars like Suresh Raina, Ajinkya Rahane, Robin Uthappa and many others.

Coming back to that momentous occasion 25 years back, everyone won that day. India won the match, Amre won his international cap and silenced the doubters, Tendulkar won another award, Donald won the same and enhanced his reputation, Rice lived a dream and most importantly South African won hearts a long battle against Apartheid.

Rice had aptly summed up the feeling, “I know how Neil Armstrong felt when he stood on the moon.” On the other hand, Shastri must have said so in the Eden Gardens’ dressing room, “In the end cricket is the winner.” 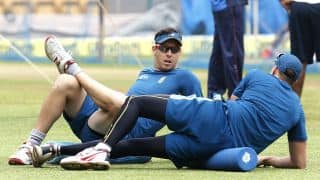 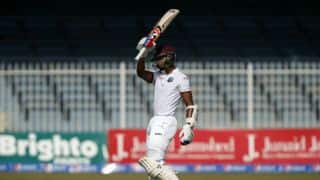