The Pakistan Cricket Board (PCB) yesterday announced that the Pakistan Super League (PSL), which was set to commence on 26th March, had been rescheduled due to a number of reasons 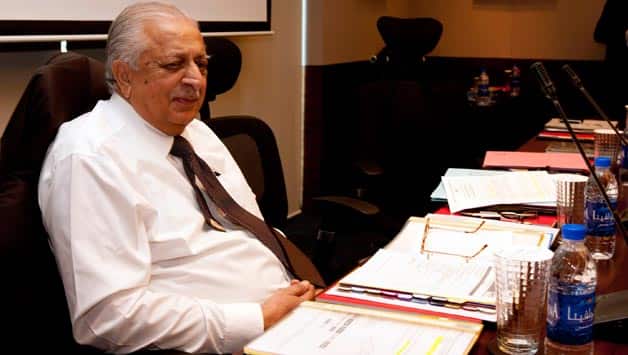 The Pakistan Cricket Board (PCB) yesterday announced that the Pakistan Super League (PSL), which was set to commence on 26th March, had been rescheduled due to a number of reasons including delays in the process of obtaining NOCs from other Boards and scheduling conflicts resulting in potential star players missing out on participating in the PSL.

The PCB has now set up a committee to look for a slot more feasible to the investors for the rescheduling of the PSL, and also stated they will soon announce fresh event dates and timelines for the sale of various commercial rights.

Speaking with PakPassion.net, former PCB Chairman Ijaz Butt stated that ensuring participation of high profile cricketers from all over the world was the key to a successful tournament and this should be amongst the main priorities for those in charge of the PSL. Butt also feels that despite security concerns from some quarters, the tournament has to be held within Pakistan and not elsewhere, as some have suggested. Butt also urged the PCB to ensure collaboration with the ICC when looking to finalise the dates for the tournament.

“Once some of the cricket boards stated that their players would not be issued with clearance, the writing was on the wall for the Pakistan Super League this time around” said Butt. He continued:  “Whilst the tournament needs to be held in Pakistan to increase the chances of international cricket returning to Pakistan, the Pakistan Cricket Board needs to ensure that a good quality of cricketer takes part [sic]. The PSL cannot be a successful venture based just on the top Pakistani players and a few cricketers from around the world who are not household names. It’s imperative that big names from around the world take part in the PSL. Commercial success has to be mirrored by good quality cricket on the field and in order to achieve that, the top players have to be present. Ensuring the best players from all over the world take part in the PSL is tough but not impossible assignment for the organisers.”

Butt, who was replaced as Chairman of the PCB in October 2011, further added, “The PSL has to be played in Pakistan. There is no point in having the PSL played outside of Pakistan. Playing the PSL in the UAE or elsewhere would be defeating the objective, which is to ensure that international cricket returns to Pakistani shores and proving to the world that Pakistan is safe to host international cricket. I’ve heard a few high profile people suggest that the UAE is a viable option for the first season of the PSL, but I am totally not in favour of this occurring.”

In Butt’s opinion the scheduling of the PSL is another tough task faced by the organisers, particularly given that the PSL will be competing with a growing number of T20 tournaments in an already-hectic international calendar.

“I would suggest that the Pakistan Cricket Board works in collaboration with the International Cricket Council to establish an annual slot in the cricketing calendar. If the PCB does not do this, then they are going to find it extremely difficult to find a suitable date when the top players will be available as more and more of these Twenty20 tournaments are cropping up all over the world. Add to that a packed international calendar and that leaves very few available dates for the PSL,” Butt said.

Butt highlighted the importance of a successful PSL for the future of cricket in Pakistan. “I’m not a big fan of T20 cricket; I prefer Test cricket. But, the PSL could be a very successful tournament for Pakistan and pivotal in the progress of Pakistani cricketers, especially younger players, as well as the return of cricket to Pakistan. But, key decisions such as collaborating with the ICC regarding dates and ensuring that the best available players take part in the PSL are absolutely crucial to a successful tournament.”