The PSL offers a means for the Pakistani supporter to feel more involved with the game.

Pakistani crowds, are one of the most passionate in the world, have not found the means to express their burning love for the game in the last six years. A total breakdown in security issues following the infamous firing on the Sri Lanka team bus in 2009 ensured the highest level of the game, or a worthy equivalent of it has stayed away from the country for almost seven years (except a brief series with Zimbabwe after guarantees of top-level security). The current state of affairs shows no signs of letting up soon. RELATED: Darren Sammy sympathises with cricket-deprived audiences of Pakistan

To be hopeful, the game could return to Pakistan in full flow not before 2020 (though as cricket fans, we no of unpredictability). If it eases off enough for high-profile teams to be able to tour the country before that, it would be fantastic, but also very surprising. ALSO READ: PSL can benefit Pakistan youngsters says Andy Flower

At times like this, Pakistan needed newer ways of keeping their loyal fan base at home engaged with the sport. The men in green do play a lot of international cricket, staging their home fixtures often in empty, forlorn looking stadiums in the United Arab Emirates (UAE). But, at a time when most other countries are jumping onto the T20 bandwagon, Pakistan needed to do better than that to maintain levels of engagement.

In came the Pakistan Super League (PSL). After years of failed negotiations and deliberations, their dream has finally come to fruition. Pakistan have a T20 league of their own and like other top leagues in the world it boasts some of the most enthralling cricketers from across the globe.

Well, like with other international events, the PSL is also being held in UAE. However, here the spirit of inter-city rivalries has taken grip. There is a more direct way for the Pakistan fans to relate to the cricket. It promises to keep the flame of passion for cricket burning. 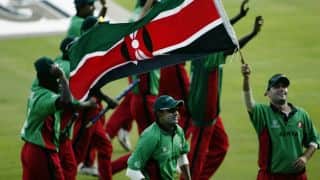