Tarot reader Shruti Chopra looks into her cards to give CricketCountry.com readers exclusive insights into what lies ahead in the IPL matches. In the below piece, she dwells into the Kings XI Punjab vs Kolkata Knight Riders game - the only IPL match on Wednesday. 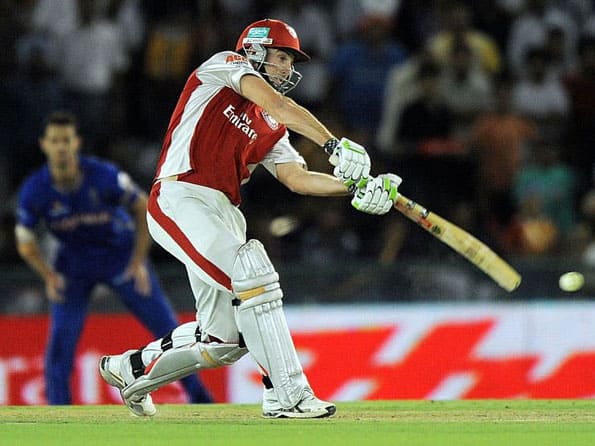 Shaun Marsh has a lot of hidden potential, which he might reveal today © AFP

Tarot reader Shruti Chopra looks into her cards to give CricketCountry.com readers exclusive insights into what lies ahead in the IPL matches. In the below piece, she dwells into the Kings XI Punjab vs Kolkata Knight Riders game – the only IPL match on Wednesday.

Kings XI Punjab are trying to build momentum from their previous two wins. They wish to carry this through, but they have an obstacle – their self-created pressure. The Nine of Swords warns them not to get caught up in things out of their control, such as the opposition’s strategies. Instead, they need to maintain focus on themselves. The team needs to be aware of its own plans, as this might be the difference between winning and losing. Punjab carry all possibilities of achieving new levels in their game and building the consistency they desire. They will put up a good all round performance in batting, bowling and fielding.

Adam Gilchrist, like the Queen of Cups, would be a stable player and captain, but he won’t be aggressive enough in both areas. He will find it tough to push his plans, but luckily his team would be well informed and should implement ideas accordingly.

Piyush Chawla may have a watchful start, but he will manage to pick up wickets and his confidence. He will put in an extra effort to see results come his way.

Dimitri Mascarenhas has the Ace of Cups, so he will definitely have new plans, and should be quite miserly in giving away runs. Towards the end, he may come under some pressure.

David Hussey should play a firm and active role. He has the ability to adapt and would work hard in doing so.

Shaun Marsh has a lot of hidden potential, which he plans to reveal slowly and surely today.

Praveen Kumar should have a successful day, but would need to keep pushing himself to maintain his consistency.

Mandeep Singh should have a good start and finish, which will stem from some well directed plans.

Harmeet Singh will require some initial guidance, after which he will grow independently and receive success.

The Knight Riders may have some confusion on what changes to make in the team and may have too many ideas and combinations worked out. They will need to be clearer if they are to exude confidence during the match. With the Nine of Pentacles and the Chariot, they’re looking promising to have a balanced batting display where most of the team should be required to contribute. Their fielding is looking weak, which may effect the match result.

Captain Gautam Gambhir may not be aggressive enough, just like Adam Gilchrist. This lack of aggression and inability to implement ideas at the right time may weaken the Knight Rider’s game. As a batsman, Gambhir will go through the same problems – he may try too hard to dominate, which will work for a short while but it may not carry through in the innings.

Yusuf Pathan will have another opportunity to prove himself, but the Two of Pentacles suggests that as a batsman, he may not be able to fire as much as expected, but should be able to bowl better. He has the ability to show some command in this game.

Manvinder Bisla is ready to make runs and improve his team’s hold on the game.

Jacques Kallis may have a soft start, but as the game progresses, he will be able to change this into a strong and consistent display. He should be another player that would bat very well.

Shakib Al Hassan should have a good start and be able to make some in roads, but he may not have the best end to his bowling spell.

Lakshmipathy Balaji may have a wayward start, which he should be able to rectify soon.

Ryan ten Doeschate will play a stable game, but it will be important for him to be realistic in his approach and not try to push for things too quickly.

Manoj Tiwary should play a mature and stable innings. He will have the potential to shift gears.

Both teams are quite equal. Their captains are not looking strong, yet the players know what to do. I believe that Punjab has the edge because they’re more firm about their team and should make better judgments, especially in the last five overs of the match.