Quinton de Kock smacked his sixth ODI century against  Australia last week and equalled the a unique record with Upul Tharanga. Varun Arora looks at the statistics and finds out batsmen with most centuries before the age of 22.

Quinton de Kock has nurtured the uncanny habit of scoring tons. The 21-year-old, De Kock raced to his sixth One-Day International (ODI) ton only in a matter of 35 ODIs. It was not long ago when he made his international debut in early 2013, but he has cemented a regular spot in the South Africa team. He completed his sixth ton when he scored 107 off 128 balls in the fifth ODI against Australia played at Sydney Cricket Ground (SCG) last week. He carried on with ornate approach and decorated his ton with 14 boundaries. The striking feature of his batting was his exquisite footwork. With his ton at Sydney, de Kock also jumped to the career best seventh position in International Cricket Council (ICC) rankings. He was also awarded the Man of the Match Award for his special effort.

Following is the list of batsmen 21 years of age or younger with most centuries in ODIs:

Sri Lankan opener, Upul Tharanga also scored six tons under the age of 22. Tharanga was immaculate for Sri Lanka early in his career as he thrashed tonnes of runs. Surprisingly, de Kock is the only South African in this list. De Kock has a long career ahead and can go a fare margin for South Africa if he carries in this fashion. 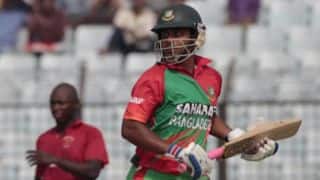 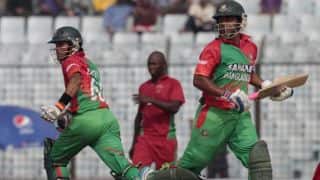