There have been a number of closely-contested matches already in IPL 5, during which we have witnessed terrific team effort in some cases, and sheer individual dominance in the rest. Although these are still early days in the tournament, there have been players who’ve left an indelible impression with some breat 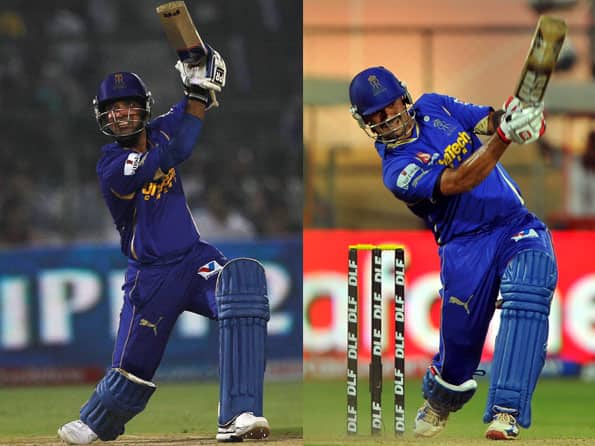 The fifth edition of the Indian Premier League (IPL) has attracted a large audience thus far, and even though the television ratings depict otherwise, there is no denying the fact that the crowds have continued to throng the stadium. There have been a number of closely-contested matches already, during which we have witnessed terrific team effort in some cases, and sheer individual dominance in the rest. Although these are still early days in the tournament, there have been players who’ve left an indelible impression with some breathtaking exploits.

Speaking of individual performances let us now look at some of the most valuable players in this year’s IPL thus far:

With 304 runs from six innings at an average of 60.80 and a strike rate of over 146, Rahane has been the most prolific batsman of this edition’s IPL. His unbeaten 103 against the Royal Challengers of Bangalore (RCB) was a delight and his orthodox approach warmed the hearts of the purists. He has amassed runs with genuine cricketing shots.

The owners of the Rajasthan Royals (RR) must consider themselves fortunate for having grabbed a player of Rahane’s calibre for just $60,000. With his watertight technique and unflinching confidence, Rahane has staked a strong claim for a spot in the national side once again. If he can keep the fireworks going, it could very well make RR strong contenders to win the IPL for the second time.

He hogged the limelight during the first week of the IPL with his charismatic presence on the field. His first two balls in the IPL disappeared for a six and a four respectively. He then picked up eight wickets in just three matches and became an integral part of the Rajasthan Royals. Thereafter he has been sideline by injury. Nevertheless, he has been one of the main reasons for RR’s admirable run in this IPL thus far. His return will undoubtedly bolster the already strong-looking RR side. Also, considering the point that he was bought for just $50,000, Cooper tops the list when it comes to the best value for money.

In a star-studded line-up featuring Jacques Kallis, Gautam Gambhir, Yusuf Pathan, Brett Lee and Brendon McCullum, Manvinder Bisla has quietly carved a niche for himself. The Kolkata Knight Riders (KKR) didn’t have a bright start to this tournament, but resurgence is on the cards and Bisla will be a crucial player for them as this tournament progresses. This IPL also features seasoned wicket-keepers like Adam Gilchrist, Kumar Sangakkara, Mahendra Singh Dhoni and AB de Villiers, but Bisla tops the list with maximum number of dismissals so far. In just four matches, Bisla has effected seven dismissals with the gloves and scored 113 runs at a fairly decent average of just above 28.

Bisla, like Cooper, was bought for just $50,000, and has turned out to be a very efficient player for KKR.

Having a base price of $200,000, Owais Shah was initially unsold during this year’s IPL auction. But the Rajasthan Royals played yet another masterstroke by picking him at the last moment. Thereafter, Shah has scored 216 runs in six games at an average of 54 and a whopping strike rate of 164. He is the leading run-scorer in this edition of the IPL after teammate Ajinkya Rahane and Chennai Super Kings’ Francois du Plessis. He too has staked a strong claim for a recall to the English side, at least for the abridged version.

Pune Warriors India (PWI), like RR, was one of the underdogs before the commencement of this tournament. They too surged ahead owing to a collection of brilliant individual performances. Steven Smith has proved his credentials as a T20 player in this tournament with a few good contributions for the PWI. He too was unsold during the initial rounds of the auction, but was fortunately bought by Pune. There has been no looking backing for Smith since then.

Smith has scored 160 runs in six innings at a strike rate of over 140. He is by far the best fielder in the PWI side and has saved quite a few runs on the field. Also, he is no mug with ball, albeit Pune has never used his services in that department yet. As the tournament progresses, it would augur well for PWI if Smith continues to perform in a similar manner.