Another win for Rajasthan Royals will put them firmly on course for a top-four finish.

Rajasthan Royals (RR) have shown that they have a rather fluid batting line-up. While Ajinkya Rahane and Shane Watson’s presence at the top is more or less definite, they have batted Steven Smith, Deepak Hooda, Sanju Samson, and Karun Nair at No. 3 at varying points. Shiamak Unwalla wonders if all the shuffling is counter-productive. IPL 2015 Points Table & Team Standings

Of the ten times Rajasthan Royals have batted in IPL 2015, their batting order has rarely remained the same for more than two matches in a row. From the opening combination to the middle order, there has been a lot of shuffling in terms of who bats where. IPL 2015 Highest wicket-taker: List of best bowlers in IPL 8

Sanju Samson has opened batting, and batted at Nos 3, 6, 7, and 8; Deepak Hooda has batted everywhere from Nos 3-7; Karun Nair has batted at Nos 3, 4, and 5. Even a batsman of the calibre of Steven Smith has been moved up and down the order frequently. IPL 2015 Highest run-scorer: List of best batsmen in IPL 8

RR have been in the top two of the IPL 2015 points table since their first game. One feels that another win will all but guarantee them a spot in the final four. And yet, they seem to be experimenting with their batting order even now. Samson and Karun have both scored excellent half-centuries batting at No. 3, while Smith bats in that position even for Australia. They seem to suffer an over-abundance of talent at the top, and that has caused them to rotate their players a bit too often for their liking. IPL 2015 Most 6s and 4s: List of most dangerous batsmen in IPL 8

With Shane Watson and Ajinkya Rahane going great guns at the top, RR have rarely needed the middle order to fire. On the one occasion that both openers failed, no one gave Samson the necessary support and RR ended up losing to Mumbai Indians by eight runs. IPL 2015 schedule: IPL 8 match time table with venue details

One feels that Karun at No. 3, Smith at No. 4, and Samson at No. 5 would be an appropriate batting order for RR, with Hooda and James Faulkner being the two wild cards who can bat higher up the order if needed. IPL 2015 Leading fielders: List of Best fielders in IPL 8

RR must decide on their final batting order soon. Heading into the business end of the tournament, a slip-up or two at this stage will be fatal. They have all the talent they need to go the distance. Their main challenge will be to utilise that talent in the best possible way. Indian Premier League (IPL) 2015: Complete coverage 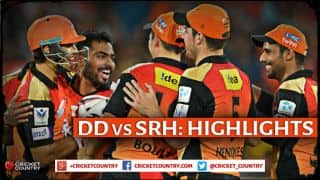 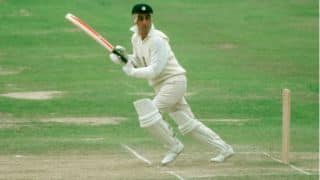