Rajinder Pal: A seamer lost in an era of spin

Rajinder Pal: A seamer lost in an era of spin

Rajinder Pal had an excellent First-Class career, finishing with 337 wickets from 98 matches at 21.89.

Rajinder Pal, born November 18, 1937, was one of the finest seamers to have played Ranji Trophy. Abhishek Mukherjee looks at a man who got lost in an era when the Indian bowling attack was dominated by spinners and all-rounder.

A lively medium-paced bowler, Rajinder Pal had an excellent First-Class career, playing for Southern Punjab, Punjab, Delhi, and Haryana; his career numbers read 337 wickets from 98 matches at 21.89 with 23 five-fors and 2 ten-fors; in Ranji Trophy alone he had 297 wickets at an outrageous 19.17, which made up for his lack of competence with the bat.

These numbers were commendable, given the fact that he played mostly on Indian tracks. Despite not being very tall (he stood at 5’9”), he could be quite nippy at times, and had that rare ability to run through sides. Despite that, and his excellent track record in domestic cricket, Rajinder played a solitary Test.

Rajinder’s was a perfect case of being born in the wrong era. Tiger Pataudi led India throughout the 1960s, and the Indian attack, as a result, was usually packed with spinners. Specialist seamers were a rarity (very rarely did India have two seamers playing at home).

The son of a Government employee, Rajinder was born in Delhi. He scored 0 and 3 and went wicketless, but made it big in the University matches that followed — acquiring 10 for 64 against Allahabad University and 9 for 45 against Punjab University in consecutive matches.

He turned up for Indian Universities against New Zealanders in 1955-56 (he got a wicket) and against Australians at Bangalore in 1959-60 (he went wicketless). Till that season his performances were generally subdued, but after that match there was a sudden surge.

The next few seasons saw Rajinder perform brilliantly. In the 15 seasons he played on the trot his average went on the other side of 30 only twice; in 6 of these seasons he kept the number below 20 including 3 sub-15 seasons. In his last two seasons he had 42 wickets at 13.21.

The big break came in 1963-64. He gave Railways a torrid time at Kotla, taking the first 4 wickets with a mere 41 on the board, and finishing with 5 for 48. A spell of 4 for 62 followed in the Duleep Trophy encounter against South Zone at Kotla. He was rewarded with a Test cap in the second Test against England at Brabourne Stadium.

At the highest level

Despite being the ubiquitous No. 11, Rajinder found himself batting a place higher at Test level, since the other debutant was worse with the bat. He was, you see, Bhagwat Chandrasekhar. England, on the other hand, was in a sorry state: with Ken Barrington nursing a fractured finger and Don Wilson an injured back, the tourists suffered major subsequent blows when John Mortimore, John Edrich, Micky Stewart, and Phil Sharpe were ruled out due to bouts of “Delhi Belly”. Even Henry Blofeld, “the worst Blue awarded since The War,” by his own admission, almost made his Test debut.

Pataudi batted, and India were soon reduced to 99 for 6. They eventually reached 300, thanks to a 153-run seventh wicket stand between Chandu Borde and Salim Durani. Rajinder scored 3 from 16 balls before David Larter trapped him leg-before, though he could seek some solace in the fact that Chandra was bowled next ball.

Rajinder opened bowling with ML Jaisimha, and soon the spinners took over: the unpredictable Chandra; the flamboyant Durani; the reliable Borde; and towards the end of the innings, the miserly Bapu Nadkarni. They all bowled, over after over, leaving poor Rajinder to bowl a mere 11 overs, in which he conceded a mere 19.

Despite the fact that England had gone in with four specialist batsmen (Mike Smith himself opened with Brian Bolus), two wicket-keepers (Jimmy Binks and Jim Parks), and six bowlers they did a good job with the bat, scoring 233 — despite the fact that Stewart was ruled out after tea on Day One (Kripal Singh, India’s 12th man, fielded for England).

Pataudi set England 317 in 4 hours (Rajinder scored an unbeaten 3 in 27 minutes) before turning to his spinners. Rajinder got to bowl only 2 overs (for 3), but Jaisimha bowled 22. The bulk of the bowling was done by the slow bowlers as England finished on 206 for 3. The series ended in a 0-0 draw (though Pataudi won all 5 tosses), and poor Rajinder never got another chance.

Rajinder tried his luck for Southern Punjab the following season. He had another excellent outing against Jammu and Kashmir at Srinagar, bowling unchanged and finishing with a career-best 8 for 27 (and adding 2 for 37 for good measure). In his next match, against Services at Chandigarh, he had 6 for 46 and 2 for 8.

He moved to Haryana subsequently, and continued to play till 1973-74. He finished 1972-73 with 7 for 61 against Delhi at Chandigarh and 5 for 19 against Punjab at Jalandhar in consecutive matches; still not satisfied, he started the next season — his last — with 7 for 48 against Services at Kurukshetra. He hung up his boots after that season, though not before he routed Jammu and Kashmir in his last match, also at Kurukshetra, with match figures of 32-19-38-4, that too as captain.

Rajinder was a Bachelor of Arts, and joined the State Bank of Patiala during his playing days. His brother Ravinder also played for Delhi, had even more remarkable numbers (19 wickets at 19), but did not play more than 7 matches.

He found a mention in Ian Burns’ Ranga Plays Australia — a Cricket Dream when de Mello created an Indian XI to play at Brabourne Stadium. The Rajinder Pal Academy, named after him, is located in Satyapriya Vihar, South Delhi. 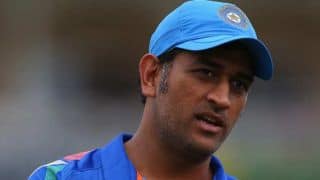 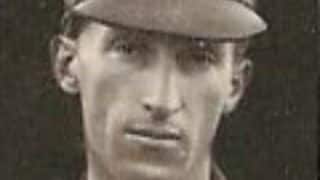 Freddie Calthorpe passes away at the age of 43