Raman Surendranath had the ability to bowl incredibly long spells and swing the bat in useful conditions.

Raman Surendranath, born January 4, 1937, was a seamer gifted with the ability to bowl incredibly long spells and swing the ball at even slightly helpful conditions. Abhishek Mukherjee looks back at a man whose career came to a premature end largely because he could not come to terms with flat, lifeless pitches.

Some would call Raman Surendranath unfortunate, for he got to play a mere 11 Tests over a three-year span before being left out for good in the Mansur Ali Khan Pataudi era. Despite being able to make the ball talk if the pitch or conditions provided assistance, however, Surendranath found it difficult to get going on the pitches in India that offered little help to seamers.

Apart from that, cricket statisticians and scorers often tend to omit the Raman bit from his name; he is, somewhat mysteriously, referred to only Surendranath almost everywhere.

In Playing for India, Sujit Mukherjee wrote: His is an instructive case of a bowler of limited means who perfected the little he had and made it appear considerable through sheer diligence. Few of our Test bowlers of any pace have matched him for determination, fitness and staying power.

Surendranath was a mere 5 8 . It was not the most imposing of frames, but then, in those days Ramakant Desai (5 4 and nicknamed Tiny ) was the Indian spearhead: Surendranath must have looked humongous in comparison.

An exceptional swing bowler, Surendranath thrived in English conditions. While his in-swinger was vicious, he had the surprise delivery ready the one that pitched on line and swung away late. With the old ball he was accurate, and could bowl a steady line, playing on the patience of the batsmen. His stamina was also inextinguishable, which meant that he might have been an asset in County cricket.

His skills were honed under the expert eyes of Hemu Adhikari during his days for Services: playing mostly in North India, Surendranath made most use of the morning chill. He could also bowl for hours at a stretch (did his Army training come handy?). Mukherjee spoke very highly of his sheer physical fitness wedded to capacity for hard and uncomplaining work .

He was probably a better bowler than what his Test record suggests, for his 278 First-Class wickets came at 25.37. For Services alone he claimed 183 wickets, a tally bettered by only Inder Dev and MV Rao. He also claimed 11 five-wicket hauls; only Inder Dev has more.

He was also one of the most crucial cogs in Adhikari s famous Services team of the mid-1950s that reached consecutive Ranji Trophy finals: Adhikari added Surendranath to his formidable army of cricketers (no pun intended) Bal Dani, Chandrasekhar Gadkari, Venatappa Muddiah, Narain Swamy, and Sengupta.

Born in Meerut, a matriculate, teenage Surendranath made his debut for Services immediately after he joined the Army. He helped crush Southern Punjab with match figures of 4 for 50. He played through the season, and Services came to a halt only in the final.

Surendranath sent down one of those marathon efforts in the final against Bombay. He finished with 34-14-50-2 (Madhav Mantri and Ramnath Kenny were the batsmen). Unfortunately, Bombay were too strong an outfit, and Services lost by an innings.

It was in 1958-59 that he bowled his first outrageous spell: Swamy (4 for 22) bowled brilliantly, but Surendranath went a notch ahead, and finished with an astonishing 13.3-6-10-6. He had bowled unchanged. Patiala, bowled out for 35, lost by an innings. Almost immediately he was drafted in to make his Test debut at Eden Gardens alongside Kenny.

Up against the Calypso kings

Indian cricket was going through a low. Roy Gilchrist and Wes Hall were wreaking havoc. India trailed 0-1 after two Tests. The selectors, probably out of panic, appointed four captains in the five-Test series (which extended to six from seven).

Surendranath opened bowling with Dattu Phadkar, summoned when he was well beyond his prime and had been contemplating retirement. Surendranath struck immediately, having John Holt caught by Nari Contractor at leg-slip for 5; the score read 13 for 1.

If there were doubts regarding his selection for the next Test, Surendranath proved his worth in his next match, against Railways. Railways were no ordinary side: the line-up consisted of Lala Amarnath, Phadkar, Contractor, BB Nimbalkar, and William Ghosh.

It did not matter. After Services scored 222, Railways were skittled out for 33 by Surendranath, who bowled unchanged for 14-8-14-7. He followed it with 6 for 62 in the second innings (it remained his only ten-for), and Railways lost by an innings.

Retained for the fourth Test at Chepauk, Surendranath did little of note. He did not get a wicket from the 33 overs he bowled, and West Indies won by 295 runs. Despite that he had an excellent season, finishing with 29 wickets at 19.86; he was named an Indian Cricket Cricketer of the Year, and was selected for the 1959 tour of England and Scotland.

The tour that made him

In Cricket in Northern India, Gurdeep Singh wrote: Given a grassy wicket with heavy atmosphere, Surendranath could be one of the first choices for any team . As things turned out, he finished with 79 wickets on the tour at 28.61 with 4 five-wicket hauls, next to only Subhash Gupte (95 wickets at 26.58).

India were whitewashed 0-5 in the Tests, but Surendranath had an excellent series. His 16 wickets came at 26.62; though Gupte had more wickets, they came at 34.64; Desai, the main pacer of the attack, had 12 at 51.25. Surendranath also sent down more overs than anyone, and had an excellent economy rate of 2.09.

India began the series on a high: Surendranath removed Arthur Milton and Colin Cowdrey, reducing England to 29 for 2 at Trent Bridge. Unfortunately, Fred Trueman and Brian Statham turned out to be too hot to handle, and India lost by an innings.

India were bowled out for 168 at Lord s, but Desai (5 for 89) and Surendranath (3 for 46) hit back, and restricted the lead to a mere 58. All three wickets were bowled, and they included those of Peter May and Godfrey Evans.

The May wicket deserves special mention. The great man had slammed 109 at Trent Bridge. Here, at Lord s, India were pumped up with Desai s double-blow when May walked out to bat at 26 for 2. Surendranath produced a peach that started just outside off, made its way through the gate, and flattened the leg-stump.

He also trapped Ken Taylor leg-before in the second innings, but a target of 108 was never going to bother England.

England clinched the series with another innings victory, this time at Headingley. They piled up 490 at Old Trafford as well, but this time Surendranath rose to the occasion. He bowled on a flat pitch for hours, out-bowling even the spinners Gupte, Bapu Nadkarni, and Chandu Borde.

India owed much to Surendranath. It was a great feat to send down forty-eight overs in almost exhausting heat, and he finished with five wickets, Wisden later wrote. The wickets included those of Gilbert Parkhouse, Geoff Pullar, Ken Barrington, and Ted Dexter. Set to chase 548, India reached 376 thanks to centuries by Umrigar and a debutant Abbas Ali Baig.

Once again India were bowled out cheaply, this time for 140 at The Oval on a flat track. They were in tatters at 74 for 7 before Naren Tamhane (32) and Surendranath (27) added 58. England obtained a 221-run lead.

This time Surendranath surpassed himself. Once again he was the epitome of relentlessness, and returned a haul of 51.3-25-75-5. The wickets included those of Pullar, Cowdrey, and Dexter. With the lead mounting and Borde unable to bowl, Surendranath had to resort to a negative line. Wisden wrote that he spent hours bowling down the leg-side to batsmen who offered no strokes to such tactics and there was much dull cricket to watch.

Mukherjee, on the other hand, was generous in praise: His in-swerve curved late and probingly in the English air, and he did not let himself be ruffled by punishment as he harassed batsmen s leg-stumps, shins and patience in long spells. A defensively deployed and crowded onside field enabled him to curb runs while he picked up wickets which his fellow-toddlers seldom looked like getting.

Despite his consistency and lion-hearted performance throughout the tour Surendranath could not impress English critics, something that Desai managed to do, which was confusing.

There was also an outstanding performance against Surrey. He claimed 5 for 49 in the first innings, and India batted just long enough to challenge Surrey to beat the clock to chase down a mere 80. They finished on 64 for 5 with Surendranath claiming 4 for 28. He also shone in the Scarborough Festival match, where he claimed 5 for 52 (the first five batsmen) and 3 for 61 (the first three), but could not prevent a 5-wicket defeat.

Surendranath was retained against Australia at Kotla, where India lost by an innings. He got to bowl a mere 8 overs at Green Park, a Test immortalised by Jasu Patel s 14-wicket haul. Surprisingly, he was dropped for the third Test (as was Desai), and Ghulam Guard and Gulabrai Ramchand opened bowling. He did not feature in the series again.

Back for the Pakistan series, Surendranath had another superhuman show at Eden Gardens with figures of 46-19-93-4. He added 38-10-99-1 in the Madras heat in the next Test, and never played again for Pataudi had arrived with his strategy built around three, sometimes four spinners.

Surendranath scored 119, his only First-Class hundred, against Southern Punjab in 1961-62. He continued to play for Services till 1968-69, and never lost his consistency. Even from his last two seasons Surendranath claimed 36 wickets at 15.31. He was a mere 31 when he hung his boots.

He served Indian Army as a Colonel, and as manager of Indian teams. An awed Sunil Gavaskar wrote of him in One-Day Wonders: Suri, as Surendranath is affectionately called, has the envious knack of looking at the brighter side of life and one can come away from his room in nothing but a cheerful frame of mind.

Surendranath passed away in New Delhi on May 5, 2012 following prolonged illness. He was 75. 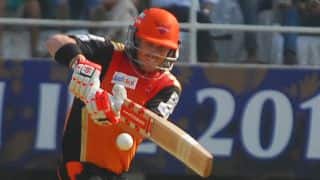