Mumbai had come into the Ranji Trophy 2009-10 final with only one victory.

In Indian domestic cricket, Mumbai is one side that cannot be ruled out from winning even if the odds are heavily stacked against them. In tight contests, it is that typical Mumbai grit and fighting attitude that helps them rise to the occasion and seal the deal. During the 2009-10 season, Karnataka got a taste of that very fight when Mumbai stole the Ranji Trophy from them in a see-saw encounter at the Gangothri Glades Cricket Ground in Mysore. The narrow victory was a reward for a fulfilling season that saw Mumbai dominate all the way and battle with Karnataka for the coveted prize.

Mumbai had come into the final with only one victory in their season. In seven group games, they had managed only one outright victory along with six draws. On the other hand, Karnataka had recorded four wins out of six in their group stage, before drawing two games in the knock-outs that took them to the final. Both sides were packed with big players. Mumbai had Wasim Jaffer, Ajit Agarkar, Ramesh Powar, Abhishek Nayar and a young Ajinkya Rahane. Robin Uthappa led a Karnataka side comprising of R Vinay Kumar, Stuart Binny, Abhimanyu Mithun and Sunil Joshi to name a few.

On Day One (January 11, 2010), Mumbai won the toss and elected to bat. Vinay Kumar and Mithun troubled Mumbai and bowled them out for 233. Vinayak Samant’s 67 was the only half-centurion of the innings. Karnataka started their innings late in the day and lost Uthappa cheaply for nine. Resuming on Day Two at 15 for one, Karnataka were rocked by Aavishkar Salvi’s spell of five for 31, as they were bundled out for 130. KB Pawan’s 33 proved to be the highest score.

Mumbai had secured a huge 103-run lead when they commenced the second innings. Mithun was now on song, as he ran through the batting and Mumbai stumbled to 50 for five. It was then that Dhawal Kulkarni and Nayar came together and rescued Mumbai. In a stand worth 95, they helped Mumbai recover before Nayar fell for 50. Kulkarni continued to guide the batting, as wickets fell at the other end. His innings of 87 took Mumbai to 234 leaving Karnataka with 338 to get with over two days to go.

Agarkar opened the bowling for Mumbai and dismissed CM Gautam in the very first over. Gautam chased a wide delivery and spooned a catch to Jaffer in the slips. Ganesh Sathish and Pawan then put in a fighting stand and were going about the recovery very well, before the latter was trapped leg-before by Agarkar with the score on 42. Uthappa was dismissed four runs later, as he edged Agarkar to Samant. Karnataka were in trouble at 46 for three.

However, Manish Pandey was a man possessed and walked out to essay a good knock. He started off with boundaries and continued to punish any opportunity that came his way. While Sathish held one end, Pandey was on the attack and dealt in boundaries most of the times. Gradually, they took their partnership past 50, and Karnataka crossed the three-figure mark. Pandey, reached his fifty off only 62 balls and Karnataka had recovered well after those early jolts. Karnataka ended Day Three on 135 for three.

In Indian domestic cricket, Mumbai is one side that cannot be ruled out from winning even if the odds are heavily stacked against them. In tight contests, it is that typical Mumbai grit and fighting attitude that helps them rise to the occasion and seal the deal.

On Day Four, Karnataka continued to do well with Sathish also picking up pace. Pandey continued from where he left the previous day and was smashing it all around the park. Karnataka’s score grew and they were getting closer and they had wickets in hand. Pandey got his ton with a four and it had taken him a total of 106 balls to get there. And, as Karnataka moved past 200, Mumbai were getting nervous, as there was no stopping Pandey. It was attack and defence in equal measure, and Mumbai needed some magic.

After a short boundary drought, Pandey then hit Agarkar for a four. Later, he took to Ramesh Powar and hit him for a four and a six to get the required runs under a 100. Soon, the 200-run stand was up and it was moving Karnataka’s way. At 251 for three, Jaffer got Iqbal Abdulla back and Pandey welcomed him with a four with his 150 in sight. But, two deliveries later, an edge off his bat went to Jaffer at first-slip as Mumbai breathed a sigh of relief. Still Karnataka’s game to lose though!

But, seven runs later, Amit Verma edged Abdulla to wicketkeeper Samant and suddenly Mumbai were back in the game, as Karnataka started feeling a bit nervous. And then, it became serious for Karnataka as Sathish was strapped leg-before for 75 by Kulkarni. At Lunch, Karnataka were 265 for six, still needing 73.

Binny began the afternoon session with a couple of boundaries off Abdulla. Even Joshi started off with a few fours as the target was now under 50. It was then that Jaffer opted for the new ball and Kulkarni struck immediately when he bowled Binny for 17. Later, Agarkar had Joshi caught behind with 35 to get and only two wickets left.

Vinay Kumar hit a boundary or two and picked singles on offer. Agarkar even lost his line on an occasion and bowled five wides. It was neck and neck when Vinay Kumar gradually took Karnataka within 20 of the total. But, with 16 to get, Kulkarni bowled Vinay.

Now, it was left to the last pair in Sreenath Aravind and Mithun. Kulkarni ran in and the batsmen scampered through for all the singles on offer. Kulkarni also overstepped on one occasion and the batsmen ran a brace. Aravind then cut a ball to Rahane, but he dropped it. Mumbai winced in pain!

With seven required, Agarkar started his over. He bowled three dots and then ran in for the fateful delivery. Aravind got an edge and it flew back to Agarkar as he completed the catch and sealed the deal. Mumbai had won their 39th Ranji Trophy title in dramatic fashion.

When CricketCountry asked Jaffer (in 2011) if it was the most special triumph of his career, he said, “Personally, yes. It was, as it turned out to be, a very exiting final. In my first season, I had played the final against Delhi, and that too was a very close game. We had a very strong side then and the thought of losing would never occur. But in the 2009-10 final, we were playing away from Mumbai against a very good side that had enjoyed a very good season. During that season we had a few rough games as we struggled in the league, but in the knock-outs we played outstanding cricket. In the final we came back from behind and won the game. That makes it very special.” 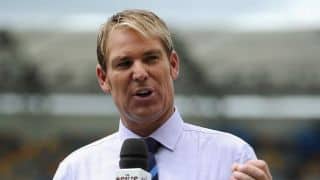