In their 143 appearances in Ranji Trophy cricket, Tripura have tasted victory in only seven games.

Having played their first-ever Ranji game only in December 1985, Tripura is one of the junior-most teams that will feature in the Ranji Trophy 2015-16 season. Being a relatively small region coupled with lower buzz for cricket in the area of administration has resulted in Tripura being one of the least successful sides in the Ranji competition. The northern-eastern state has played a total of 143 Ranji games, of which they have tasted victory on a mere 7 occasions. They have suffered defeat 93 times, while have managed to procure draws on 43 other occasions. Read all Ranji Trophy 2015-16 team previews here

The last of Tripura’s seven wins came in the 2012-13 season against Himachal Pradesh. In the 20 matches since, Tripura have failed to register a single victory though they have shown signs of competitiveness on occasion. Tripura’s batting in the previous season was cause for major worry, with Bishal Ghosh’s round hundred in the final group-stage game against Himachal being the sole century for the team in that season.

Tripura’s batting woes were well documented in the unusual statistic that saw Rana Dutta, a tail-ender, finish with the highest average among the batsmen at 40.85. His feat was accomplished more because of six off the 13 times he remained not out rather than volume of runs scored. Punjab in Ranji Trophy 2015-16: Harbhajan Singh-led side aims to put up better

In the batting department, Ghosh was the sole bright spot as he amassed 514 runs at 39.53 with three fifties apart from his hundred. The youngster, still in his teens, displayed a lot of potential, but unfortunately for Tripura has not been listed in their squad for this edition of the Ranji Trophy. Tripura will require the others to step up in his absence. Uttar Pradesh import Parvinder Singh, Bengal import Arindam Das, and Rakesh Solanki will have to lead the way being the more experienced of the lot. If Dutta can replicate his form with the bat, it will help Tripura maintain respectability in the batting discipline. Mumbai in Ranji Trophy 2015-16: Khadoos Army aim for glory under Aditya Tare

Tripura’s bowling painted a brighter picture in Ranji Trophy 2014-15. The young Manisankar Murasingh topped the bowling charts for Tripura with 27 wickets in 11 innings, striking at a rate of 53.5 deliveries. Dutta’s uncharacteristic heroics with the bat, didn’t take from his bowling and he was second on the chart with 21 victims in 12 innings at an average of 28.66. While the seam bowlers did a fairly good job, Tripura’s spin bowling department fell back into the depths of mediocrity, with Tushar Saha picking just four wickets in three innings at a dismal average of 60.25.

Key Players: The 22-year-old Murasingh will have to display the same consistency that helped him pick 27 wickets in the previous season. He will be one to keep an eye out for. Arindam, who will play his first season with Tripura, is likely to add solidity to Tripura’s fragile batting line-up. The same can be said about Parvinder, who has been released by UP. While both senior batsmen have thinned out on runs in the recent seasons, they will still be crucial in this Tripura setup. Arguably, the player of greatest value for Tripura in the previous season was Dutta, who contributed with both bat and ball. His primary focus should be his bowling, but if he can maintain progress as a batsman, he will be invaluable.

Schedule for Tripura in Ranji Trophy 2015-16 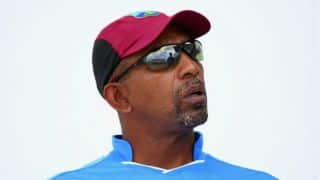 Phil Simmons’ future to be decided within 7 days by WICB 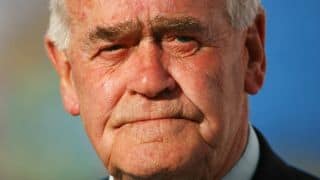