Mumbai had lost their first ever Ranji final in the same city: Indore against Holkar in 1947-48.

The 83rd season of Ranji Trophy ended with a new champion in Gujarat, who beat Mumbai by 5 wickets and claimed their maiden title. This was Mumbai‘s 46th appearance in the final of the Ranji Trophy the most by any team.

Gujarat, playing only in their second final, chased down a stiff target off 312 thanks to skipper Parthiv Patel‘s heroic knock of 143 on the final day. With this, Gujarat became champions for the first time, making several new records.

Mumbai had lost their first ever Ranji final in the same city: Indore against Holkar in 1947-48. To make matters more interesting, captains from either side were wicketkeeper-batsman. More such interesting facts and figures are as follows:

Gujarat had earlier won Vijay Hazare Trophy (List A) in 2015-16 and Syed Mushtaq Ali Trophy (T20) in 2014-15. They became the 5th team to have won all three trophies after Tamil Nadu, Baroda, Bengal and Uttar Pradesh.

Gujarat took lead against Mumbai for the second time in this season, which made them the 1st team to do this in a single season in last 10 years.

Chintan Gaja scalped 8 wickets in the final. He got 2 for 46 in the first innings and 6 for 121 in the second. Before this match, he had taken only 3 wickets in the group matches of the tournament. He did not play in quarter-final and semi-final.

Aditya Tare registered 47 dismissals as wicketkeeper this season the second most in the history of the tournament after 48 by himself in previous season. From 47 dismissals, 43 were catches the third most in a season of Ranji after Srikar Bharat (45 in 2014-15) and Tare (45 in 2015-16).

Ishank Jaggi took 16 catches as non-wicketkeeper the most in this season of Ranji Trophy and most by a Jharkhand player in a season. The record for most catches by a fielder in a Ranji season is of Wasim Jaffer’s 23 in 2003-04. 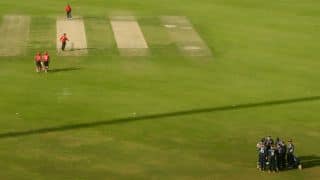 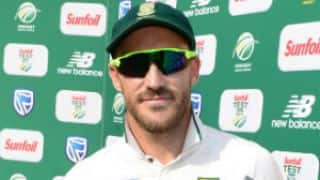