Saxena, like many other domestic veterans, has been given a new start in his career and is keen to pass on his experience.

Vineet Saxena was the one of the key members of Rajasthan’s successful Ranji Trophy campaigns in 2010-11 and 2011-12 seasons, scoring 1515 first-class runs.

Rajasthan’s glory years are a thing of past, however, and the state association’s in-fighting and emphasis on breeding young talent has led to the unsavoury departures of veterans like Saxena and Pankaj Singh. The 37-year-old had progressed up the ranks from age group cricket in Rajasthan and went on to play 105 first-class games for the state, scoring 6491 runs at an average of 36.67, but was dropped for the entire last season.

Saxena has found a new home in Uttarakhand, one of nine teams added to the domestic fold  by the BCCI for the 2018-19 season, and is aiming to take the Plate Group team to new heights.

“Last year I didn’t play for Rajasthan and the reasons are unknown to me even now. The way Rajasthan dealt with me wasn’t fair,” Saxena tells CricketCountry. “I was looking for the opportunity to play, and I got it from Uttarakhand so I accepted it. I am looking forward to play and score heavily. That is the real motivation for me and hopefully, the team could play in the Elite Group next year. That would be the icing on the cake for me.”

Saxena, like many other domestic veterans, has been given a new start in his career. Similar to how Rajasthan’s professional players – Hrishikesh Kanitkar, Rashmi Ranjan Parida and Aakash Chopra – mentored him during the team’s back-to-back Ranji Trophy wins, Saxena hopes to impart his years of learning to the Uttarakhand squad.

“In my earlier days, Rajasthan hired professionals and we learned a lot from Parida, Kanitkar and Chopra,” he says. “These guys were a great help to me there and those guys mentored me, and what I learned over the years, I am hope to pass on to these guys now.”

Uttarakhand, under the leadership of former Delhi allrounder Rajat Bhatia, finished second in the recent Vijay Hazare Trophy – losing only to eventual table-toppers Bihar – and Saxena feels that the team has the potential to do well in the Ranji Trophy too.

“These guys are really talented and are keen to do well,” he says. “The BCCI has formed a committee to look after cricket here and we are fortunate to have a very good academy like the Abhimanyu Cricket Academy. They have got a good ground and good facilities which is not the case with most teams from the North East.”

At a personal level, Saxena says that he wants to play cricket and score heavily. In the Vijay Hazare Trophy, he made 345 runs in eight matches at an average of 57.50. Uttarakhand will begin their campaign against Bihar in the first round and Saxena hopes that Vijay Hazare Trophy double-centurion Karanveer Kaushal can continue his good form.

“Kaushal will be the guy to look out for this season, and we have a good medium-pacer in Deepak Dhapola. I know he will be among the wickets,” he says. “We also have a talented allrounder in Saurabh Rawat. He did reasonably well in the Vijay Hazare and am hopeful that he will do well in Ranji too.” 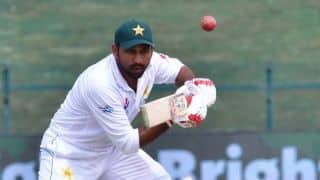 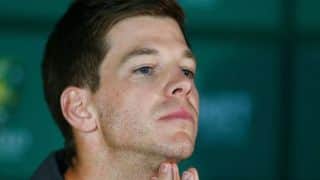