To be a successful finisher, you need some support from the other end.

England have pinned its expectations on Ravi Bopara to be their finisher in One-Day Internationals (ODIs). Coming lower down the order, Bopara often has a huge task on his hands and records show that he has had mixed results in run-chases. Perhaps, England should support him better in order to help him finish games, writes Nishad Pai Vaidya.

Ravi Bopara cut a lone figure during England’s defeats in the first two One-Day Internationals (ODIs) in Sri Lanka. During the first game, Ravi Bopara had the task of shepherding the tail in a run-chase setup by Moeen Ali’s magnificent ton. With wickets falling at the other end, Bopara kept them in the hunt until the very end. In the second game, England collapsed while batting first, leaving the right-hander the task of taking them to a decent score. On both occasions, Bopara managed fifties and stood out for his side in what has been a disappointing outing so far.

For years, Bopara has been tagged as England’s finisher; the belligerent hitter down the order who can help his side complete a task at hand. In run-chases, England have relied on his talent to get the job done. He is amongst those players suited to the modern one-day game and adds dimension to Alastair Cook’s unit. However, he often gets into those match-winning situations but is unable to finish the task. He sets the game up, but at the crucial moment, loses his wicket to allow the opposition a comeback. This has been observed in numerous games over the years.

Back in 2007, Bopara made an impression during the World Cup in the Caribbean. In the game against Sri Lanka, England were in trouble at 133 for six chasing 236 for victory. Bopara scored 54 and lost his wicket on the last ball, having taken England within three runs of victory. That was his first big performance on the world stage despite the defeat. Later that year, he constructed a sound partnership against India in Manchester to pull off a heist. England felt that they had found their finisher.

Since then, however, Bopara has had mixed success in run-chases. Here is his record during pursuits in ODIs:

From this table, it is evident that Bopara hasn’t been largely successful for England in run-chases. In victories, he averages over 50, which is a good number and it also includes a magnificent century against Ireland, which came at a time when England had their backs to the wall. On the other hand, one would say that five of his eight fifties during run-chases have come in defeats. One of them has come in a tied game.

But, statistics do not reflect the kind of support Bopara has had in such knocks. To be a successful finisher, you need some support from the other end. Take the example of the ton Bopara scored, where Eoin Morgan was there with him all along. If Bopara is left high and dry, with a huge task on his hands alone, do not expect a high success rate from him. In such cases, wickets have fallen at the other end, which has put too much pressure on the all-rounder. Perhaps, England should temper their expectations from Bopara the lone force and instead try to setup the platform for their finisher or have someone standing by him. 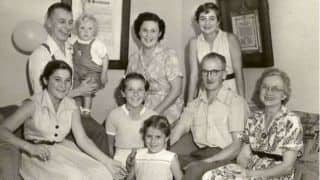