The Cricket Advisory Committee will interview six candidates for the role of India's coach today.

A few days after Anil Kumble called it quits to end his stint as head coach of the Indian cricket team in 2017, Ravi Shastri padded up for the job. The BCCI reopened the procedure and again invited applications for the post and this time, Shastri who did not apply in the first go joined the race. Unsurprisingly, he stood at the top position on the podium in the foreseeable future.

If there was Kumble in 2016, there was Virender Sehwag in 2017 vying for the job but the Cricket Advisory Committee (CAC) did not take any risk this time around, thus reuniting the Virat Kohli and Shastri duo. For the first time, other coaches were also handed full-time contracts for two years that ended after the World Cup 2019. The positions are again up for grabs.

The CAC will today interview Shastri, Mike Hesson, Tom Moody, Lalchand Rajput, Robin Singh and Phil Simmons for the top job. A call on the other coaching positions will be taken by chief selector MSK Prasad and other four selectors.

Here’s a look at Shastri’s first full-time stint with India:

Australia were without Steve Smith and David Warner, both serving ball-tampering bans, but still needed to be beaten in their own backyard. Led by their pace bowlers and Cheteshwar Pujara, India clinched a landmark maiden Test series victory on Australian soil.

The low: The downfall of Indian cricket under MS Dhoni started with a Test defeat at Lord’s in 2011. They were hammered in that series 0-4 and returned to England in 2014 and lost 1-3. Under Shastri, the results were no different in 2018.

Though the margins of defeat in the first two Tests were minimal, India still lost the series 1-4. Kohli’s form with the bat was the only take away from the series – he scored 593 runs at 59.30 – but some of the tactical decisions taken raised questions over who was taking the calls.

Despite losing the series even before the fifth Test was played, Shastri heaped praises on India’ players, calling this team as “the best team in the last 15-20 years.”

“I can’t see any other Indian team in the last 15-20 years that has had the same run in such a short time, and you have had some great players playing in those series,” he had said, giving birth to a controversy. “So the promise is there, it is just about getting tougher mentally, you have got to hurt when you lose matches because that’s when you look within and come out with the right kind of answers, to combat such situations and get past the finishing line. One day you will if you believe.”

Shastri’s comments were not a true reflection of India’s results and drew flak from Sunil Gavaskar and Sourav Ganguly.

India thoroughly dominated the first year in ODIs with Shastri at the helm. They won ODI series against Sri Lanka (5-0), Australia (4-1), New Zealand (2-1), Sri Lanka (2-1) and South Africa (5-1). But India’s juggernaut came to a halt when England made a comeback after suffering a defeat in first ODI to win the series 2-1.

After an exhausting England tour, India won the Asia Cup sans Kohli. A tie against Afghanistan and a last-ball win in the final against Bangladesh were timely reminders for the team management. In the 2018-19 season, India continued the regular services with wins against West Indies in India and then in Australia and New Zealand. A home series defeat against Australia was considered to be just a hiccup.

The low: Had India won the 2019 World Cup, no one would have questioned Shastri and his staff. But in the World Cup semi-final, India failed to chase a target of 240 and lost by 18 runs. The role of batting coach Sanjay Bangar came under the scanner after Dhoni was held back to No 7 in the semi-final, but later Bangar revealed that it was a collective decision.

(READ: India ultimately undone by the day that threatened to come)

With no Yuvraj Singh in ODIs after 2017, the biggest task for Shastri and his coaching staff was to identify a No 4 batsman. They had two years after the 2017 ICC Champions Trophy, but regular chopping and changes saw players audition for the spot and go out.

Before the World Cup, Hardik Pandya, Kedar Jadhav, Manish Pandey, Ambati Rayudu, Dinesh Karthik, Dhoni and Ajinkya Rahane batted at No 4. Out of all these batsmen, only Rahane and Rayudu were backed to continue at that position. Ironically, Rahane is yet to play an ODI series since February 2018 while Rayudu retired from all forms of the game after being dropped for the World Cup.

Vijay Shankar was India’s designated No 4 for the World Cup but failed to make a mark. Rishabh Pant batted at No 4 in India’s last four matches in England and failed to convince.

There is nothing significant to talk about this format. For years, India have played almost similar teams in ODIs and T20Is. In 2016-17, Ashish Nehra was the sole T20 specialist and now it is Krunal Pandya.

In the T20I series against West Indies, the selectors did try out a new combination after resting Kuldeep Yadav and Yuzvendra Chahal. The question that remains is: will India build a separate T20I squad for the 2020 ICC T20 World Cup or is the recent experiment a one-off?

Overall, India have played 32 T20Is (in bilateral series) under Shastri, winning 24 of those. The Nidahas Trophy win will be remembered for ages due to its climax, when Karthik hit Soumya Sarkar for a six off the last delivery to clinch India the title. 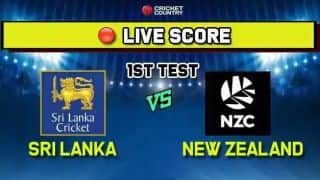