Shastri’s appointment does seem a tactic to elbow Fletcher out of the side.

Duncan Fletcher’s time as the coach of the Indian team may be coming up if one goes by the recent changes in the team management. However, why can Board for Control of Cricket in India (BCCI) not act tough and demand his resignation instead of squeezing him out? Nishad Pai Vaidya writes about the saga.

“If Duncan Fletcher can read between the lines, then he can tender his resignation and it will be accepted,” said a BCCI official on a day that saw some sweeping changes in the Indian team management. Trevor Penney and Joe Dawes have been given a “break” after the team’s abysmal performance in the Test series. In came Bharat Arun, Sanjay Bangar and R Sridhar after some good stints with various teams. Fletcher stays on as Head Coach though with Ravi Shastri coming in as Director of Cricket.

Shastri’s appointment does seem a tactic to elbow Fletcher out of the side; perhaps push him to tender his resignation. “Duncan has no powers left whatsoever. Ravi will be calling the shots and Duncan knows it only too well,” said a BCCI official. If this is indeed true, it would certainly be the ultimate professional humiliation for a renowned international coach — if the three humiliations in England and Australia were had not been enough. Fletcher may now be left with that lone option of quitting and sources do confirm that BCCI may not stop him.

As H Natarajan, the executive editor of CricketCountry, wrote in his article that the lines of authority are unclear in the announcement made by BCCI. Fletcher remains the Head Coach, but certainly Shastri, a man coming in with the Board’s backing, will have more say in the matters. The statements by BCCI officials in the media only confirm those fears. The question is: If BCCI do want to get rid of Fletcher, why not ask him to leave instead of squeezing him out?

As coach, Fletcher is accountable for India’s defeats. Penney and Dawes are the first to bear the brunt and the “break” only seems to be a smokescreen to coverup an impending, inevitable sacking. Meanwhile, they have managed to keep Fletcher and instead of sending him for a “break” or demanding his papers, they have chosen to give him the signals. This isn’t exactly how a very professional board would act.

There are times when you have to take tough decisions to be successful. Last year, Mickey Arthur was sacked before the Ashes in England and Darren Lehmann came in. While the results did not bear fruit instantly, Australia now stand tall having come through a very turbulent phase. Whether Arthur’s contract was breached or not is a different story, but Cricket Australia (CA) had acted tough to get the results.

What, then, stops BCCI from doing so? That is the question. 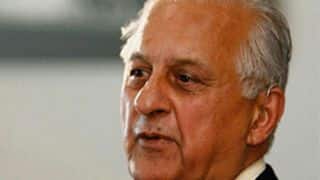